California State University-Chico did not give a graduate student a chance to defend himself in the course of a lengthy Title IX proceeding, a state judge ruled, overturning his expulsion.

“John Doe” was barely alerted to the evidence against him before he was found responsible for sexually assaulting an undergraduate female, Los Angeles Superior Court Judge James Chalfant said.

Not only did the public university use the wrong policy on sexual misconduct to judge Doe’s conduct, but it made a cavalcade of factual and procedural errors throughout the proceeding, dragging it out for more than a year.

While some of these mistakes did not show “lack of good faith” on the part of Chico State, Chalfant agreed with Doe that “structural error … permeated the entire disciplinary process.”

Chico State will get another chance to prosecute and punish Doe because Chalfant rejected his claim that the investigation’s findings are “not supported by substantial evidence.”

Among the evidence the university considered and Chalfant upheld: hearsay about a recording that “Jane Roe” allegedly made without Doe’s knowledge but deleted before the proceeding.

As the school reviews Doe’s case, Chico State “will have the opportunity to correct any procedural problems as the underlying disciplinary case starts up again,” Sean Murphy, media relations coordinator, told The College Fix in a phone interview Tuesday.

He said that Doe “is in fact being given an additional opportunity to respond to the allegations and the evidence. And any response will be carefully considered before a decision is reached.”

The ruling points to several errors by Chico State, some of which needlessly extended the proceeding.

Chancellor Timothy White’s attorney rejected Doe’s “timely” appeal of the sexual-misconduct finding against him based on the date White received the appeal, not the date it was sent. Because of this error, Doe was not allowed to challenge the findings against him. 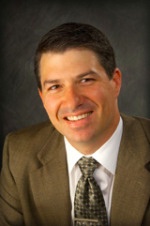 Tahj Gomes (left), who served as hearing officer for the sanctions portion of the proceeding, incorrectly claimed Doe would take another year and a half to complete his master’s degree, and it was “within the realm of possibility, and perhaps probability” that he would run into Doe on campus.

In fact, Doe repeatedly told Gomes “he only needed three online units to graduate and would not be on campus” except for two days of exit exams. “Gomes had apparently confused Doe’s case with another student assisted by Doe’s student advisor,” Judge Chalfant said.

Gomes ignored the two-year suspension that Doe had challenged and issued an expulsion instead, citing in part his mistaken view of Doe’s remaining education. President Paul Zingg upheld it. Doe still had appeals remaining when he was expelled, yet another mistake by Chico State.

By the time Chico State acknowledged its errors and had run a new investigation – and again found Doe responsible for sexual intercourse and oral sex with an incapacitated Roe – he had “already served a de facto one-year suspension,” Judge Chalfant summarized.

The dragged-out proceeding prevented Doe, who was an athletic trainer at the time of the alleged rape, from accepting “numerous job offers from prominent sports teams” contingent on him receiving his degree, he claimed.

“These mistakes ultimately were corrected, but they made the disciplinary hearing process more complicated,” Chalfant wrote: “They do not show any lack of good faith on the part of the CSU disciplinary system.”

The larger problems concern Chico State’s lack of communication with Doe about what he was facing and its refusal to let him respond in an informed way.

Investigator Polsan’s charge letter did not give Doe any specific provision of EO 1097 he violated beyond “Harassment/Violence,” Chalfant said.

At the end of his interview with Polsan 12 days later, Doe was confusingly told “[C]omplaint alleges you [sic] sex that night, didn’t fully consent [sic] is reporting.” He was not given “the date and location of the misconduct; its nature, or the identity of his accuser.”

Chalfant informed the school that its notice to accused students “must identify the specific rules that the student is alleged to have violated, and must also provide factual basis for the accusation.”

It failed to even give Doe the definitions of terms that would prove pivotal in his proceeding, Chalfant said, highlighting one in particular: Chico State’s assertion “that an inebriated person cannot consent” to sexual activity. The judge called the notice “inadequate.”

MORE: Feminists love Title IX witch hunts until one of their own is accused 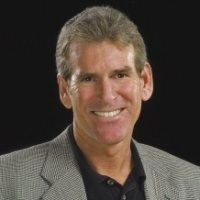 Chalfant agreed with Doe that he had not been given a fair opportunity to defend himself, since he was not given the evidence against him until Polsan (right) announced his findings.

“Doe had no opportunity to present evidence on guilt for the Chancellor’s fact-finding. Then at the sanctions hearing, guilt is established,” Chalfant wrote.

The judge suggested that Chico State’s next proceeding against Doe should provide an in-person hearing rather the “paper hearing” it gave Doe, without mandating that it do so:

Fair procedure may require some form of live evidentiary hearing on guilt at which Doe, the decision-maker, and witnesses are present, and where Doe could contest his guilt. A live hearing may particularly be necessary where the issue of guilt is principally a credibility contest between the accused and accuser.

In a footnote, Chalfant said it was “odd” that the university requires an evidentiary hearing for sanctions but not guilt.

“For his hearing on guilt, Chico State was required by its own policy to offer Doe the opportunity to explain his version of the events and present evidence with knowledge of the factual basis of the accusation against him,” the judge wrote. “Chico State clearly failed to provide Doe with this opportunity.”

Chalfant noted that the evidence given to Doe after the findings were issued included several witness statements, including the “persuasive recollections” of Roe’s friends who allegedly heard her recording of Doe sexually assaulting her. (When investigator Polsan initially asked for the recording, Roe claimed she had deleted it.)

The evidence also documented Polsan’s incorrect use of the revised sexual-misconduct policy. Chico State violated both “fair procedure and [its] own policies” by “clearly” depriving Doe the opportunity to “knowledgeably respond” to Roe’s claims.

The judge also flatly called Chico State “wrong” in its claim that it let Doe indirectly question Roe and witnesses, as required by California legal precedent. There’s no evidence of this in Polsan’s report: “Indeed, this conclusion follows from the fact that Doe was never given a chance to respond to the evidence in Polsan’s report and finding of guilt.”

Though Chalfant did not agree that Doe had the right to see Polsan’s notes or that Polsan was biased in favor of Roe, he concluded that Chico State “failed to follow fair procedure.”

Testimony about a missing recording is more credible than Doe

Doe came up short in his bid to avoid a new hearing that could find him responsible for the third time.

Chalfant refused to “reinstate Doe without further hearing” because the judge found that “substantial evidence” was behind the university’s findings.

This is defined under California legal precedent as “relevant evidence that a reasonable mind might accept as adequate to support a conclusion,” or “evidence of ponderable legal significance, which is reasonable in nature, credible and of solid value.”

Roe’s status as a freshman athlete when Doe was an athletic trainer partly explains the university’s findings against him.

They met at an off-campus house party in February 2015 and had sex in the house and the alley, after which Roe gave Doe her number and returned to the party, he claimed.

Roe claimed she went “black” after accepting a spiked drink and regained consciousness while Doe was having sex with her. He refused her pleas to stop and then forced her to perform oral sex on him in the alley. It was here she allegedly recorded the conversation, telling Doe “you’re my trainer” and Doe responding “I’ve been waiting for this for a long time.”

Doe denied having a previous sexual relationship with another female athlete until “confronted with evidence” during the investigation, putting him at a credibility disadvantage by the time he finally learned Roe’s claims.

He then challenged Roe’s credibility based on her “memory lapses” attributed to the drink, “which conveniently abated to the extent that she could remember Doe and the alleged misconduct.”

Doe questioned Roe’s ability to start recording the alleged rape on her phone “after suddenly regaining awareness” from a blackout state, and said it was suspicious that she claimed she was raped seven months later, soon after her boyfriend learned she had sex with Doe while they were dating. (Roe’s boyfriend initiated the Title IX proceeding and Roe filed a formal complaint days later.)

“By itself, Roes’ [sic] evidence is substantial,” Chalfant wrote, citing the two friends who “corroborated her account and the [alleged] recording’s sordid contents,” while Doe’s belated admission to the prior sexual incident with a female athlete rendered him less credible.

Doe’s theory of why Roe told her boyfriend she was raped – to preserve her relationship with him – is also undermined by Roe’s attempts to “keep the incident private until she could do so no longer,” Chalfant wrote. The judge was also persuaded by Roe’s changed behavior in the training room and her worsening “trauma/fear,” sparked by a Title IX compliance meeting and visiting the house where the incident occurred.

Chico State’s ability to comment “is somewhat limited by privacy laws,” spokesperson Murphy told The Fix, but the school wants to emphasize “first and foremost” that it “takes all Title IX reports very seriously and thoroughly investigates these matters to ensure fairness for all our students.”

While Judge Chalfant “did have some criticism of how this process did play out here,” the court “also noted that there was sufficient evidence to expel the student.”