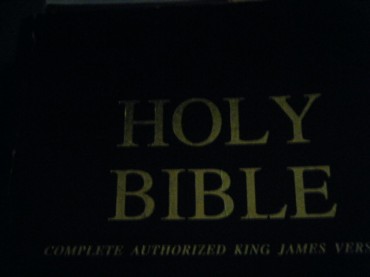 It was a victory for the first amendment on December 8, when the American Center for Law and Justice successfully defended a Kansas State student’s right to read a Bible quote during his graduation speech.

KSU-Salina student body president Brett Cooper was informed by a senior administrator that his proposed reading of Jeremiah 29:11 was in conflict with the KSU “Principles of Community” and considered “not appropriate for a person who considers themselves of the Muslim, Jewish, Hindu, Buddhist, or of no faith.”

The verse, to give it some context, is: “For I know the plans I have for you,” declares the LORD, “plans to prosper you and not to harm you, plans to give you hope and a future.”

Despite the fact that the university’s “Principles of Community” include the “right of each person to freely express thoughts and opinions,” and state that a “diversity of views enriches our learning environment,” the administrator told Cooper that “that this is not an issue of free speech. This is an issue of unintended consequences and of mutual respect for others.”

Initially, the university offered Cooper a compromise. If he exchanged the word “LORD” for “higher power,” he would be allowed to give his speech. Instead, Cooper contacted the Washington D.C.-based American Center for Law and Justice (ACLJ), which quickly fired off a letter to KSU.

In a letter the ACLJ reminded KSU officials that “The Supreme Court has never held that the graduation context is some magic talisman that justifies otherwise prohibited censorship of students’ religious expression. Thus, while there may be legitimate Establishment Clause concerns when the school specifically endorses religious speech, when a student speaks, the Court has made it clear that that speech is protected by the First Amendment, and may not be censored based on its religious viewpoint.”

The university hastily backed down and Cooper was allowed to read the verse in its original form.

On its website, ACLJ called the school’s reversal “an important victory.”

“Brett was speaking as an individual, not as a state official, and individuals have their own free speech rights even when giving public speeches,” explained ACLJ senior counsel David French in an email. “The university’s censorship appeared to be purely aimed at his religious viewpoint, and viewpoint discrimination against private speech is almost always unlawful.”

Sophia Lawhead is a student at the University of Oregon.