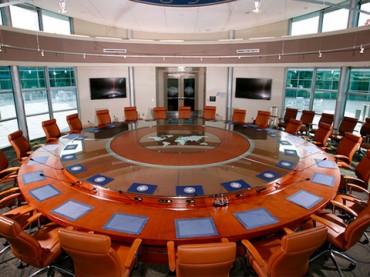 Kean University in New Jersey spent $219,000 on a conference room table made in China, where the school just opened a campus. According to NJ.com:

The custom-designed, multimedia table comes close to possessing the power of speech: included in its $219,000 price tag is an array of audio equipment and other electronics to be used during conferences, accommodating speakers from up to 25 international locations, according to university officials.

Inside Higher Ed says the school “did not seek bids” on a high-tech table. Students aren’t happy, NJ.com says:

“It doesn’t really benefit us,” freshman Nellie Marrira said. “They could have gotten any table.”

Edson Mendez, a sophomore and commuter student, said there are probably other places on campus that could have used the money.