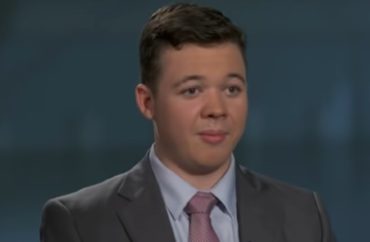 A teenager acquitted of shooting three men during Black Lives Matters protests in Kenosha, Wisconsin in 2020 has announced where he will be attending college during the fall 2022 semester.

Kyle Rittenhouse, who was 17 years old when he used his rifle to kill two white protesters and injure one more, tweeted he will be attending Blinn College District in Texas, days after he said he would be attending Texas A&M University.

Unfortunately, the end of my high school career was robbed from me. I didn't have the time other students get to properly prepare for the future.

I look forward to attending Blinn College District this year, a feeder school for Texas A&M.

A spokesperson for Blinn told The Texas Tribune Rittenhouse has applied but has not enrolled for a current or upcoming term at Blinn.

The school is an open enrollment college, meaning everyone who applies is accepted. It is a two-year public college that traditionally sends a lot of students to Texas A&M. According to school data from 2020, 53 percent of Blinn students eventually transfer to TAMU.

“Unfortunately, the end of my high school career was robbed from me,” Rittenhouse said. “I didn’t have the time other students get to properly prepare for the future.”

Earlier in the week, Rittenhouse had told talk show host Charlie Kirk that he would be attending Texas A&M. In making the announcement, Rittenhouse even donned a TAMU baseball cap. But a spokesperson for the school denied Rittenhouse had applied or been accepted.

In August 2020, Rittenhouse traveled from Antioch, Illinois to Wisconsin to patrol the City of Kenosha during protests after police shot Jacob Blake, a local black man. Video surveillance followed Rittenhouse as he carried his gun through the violent protests. Eventually, he was attacked by protesters and fired his rifle to protect himself.

Ever since his acquittal, Rittenhouse’s college attendance has been a hotly debated topic. In December, students at Arizona State University protested Rittenhouse’s potential re-enrollment at the school – the school had said he was once an online, non-degree seeking student, but later said he was not enrolled.

The groups, including MEChA, Students for Socialism, Students for Justice in Palestine and the Multicultural Solidarity Coalition, chanted “ASU shame on you” and “killer Kyle off our campus.”

Rittenhouse also had supporters on campus, who counter-protested with chants of “self defense,” “innocent,” and “Let’s go Brandon” chant, code for “F**k Joe Biden.”