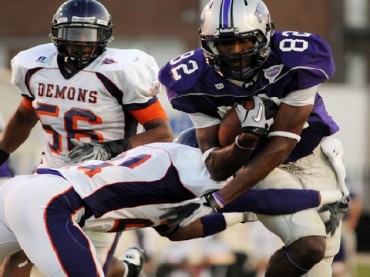 College football players seek to unionize. Scholars say they have a case.

A recent play by some college football players to unionize is within the realm of possibility – as long as they convince the National Labor Relations Board they’re employees – which they seem to be, according to some labor law experts.

“From a reality perspective, many college athletes are analogous to ‘employees,’ but they are not paid any real salary other than tuition scholarships,” Charles Craver, a labor law professor at The George Washington University, said in an email to The College Fix.

Craver was responding to the recent news that the newly formed College Athletes Players Association has petitioned the National Labor Relations Board to form the first-ever labor union for college athletes, a contentious issue in which billions of dollars in revenue hangs in the balance.

Some estimates indicate the National Football League and college football make relatively the same amount in revenue, $8 billion annually. So far, the proposal only relates to college football.

Craver cited Professor Harry Edwards of UC Berkeley, who has argued athletes were actually being abused by universities that benefited greatly from their athletic efforts, but shared little with them.

Colter was surrounded by national labor leaders in Chicago who are helping foot legal bills for the bid.

“How can they call this amateur athletics when our jerseys are sold in stores and the money we generate turns coaches and commissioners into multimillionaires?” Colter asked at the press conference. “The current model represents a dictatorship. We just want a seat at the table.”

A union is expected to help fill the shortfall players face between what their scholarships pay for, such as tuition, and their annual living expenses, which come in much higher.

What’s more, the long list of demands from Colter and his supporters includes providing financial coverage for sports-related medical costs, making sure there are independent concussion experts on the sidelines for every game, establishing an “educational trust fund” in order to help former players graduate, and “due process” before a coach can take away a player’s scholarship following a rules violation, the Chicago Tribune reported.

The NCAA operates under the rule that student-athletes are amateurs and should remain unpaid. The organization has in the past punished teams that illegally paid players under the table, suspended players that have been paid, and vacated wins from the programs that have done so.

But because Northwestern is a private university, and not subject to state laws like public universities are, it falls under the jurisdiction of the National Labor Relations Board and can petition them for such causes.

Craver and Edwards are not the only scholars who think the athletes have a case.

Stanford Law School professor emeritus and former NLRB chairman William Gould predicts the board will rule for the players.

“I think these guys are employees because their compensation is unrelated to education, unlike the teaching assistants in Brown University, and they are supervised not by faculty, but by coaches,” Gould told The Associated Press. “Their program for which they receive compensation does not have a fundamentally educational component. So given the direction and control that supervisory authorities have over them, I think they are easily employees within the meaning of the act.”

Among the groups that have come out out in favor of unionizing college football are the NFL Players Association, while the unions for the NBA and MLB have thus far declined to comment.

Donald Remy, chief legal officer for the NCAA, issued a statement on behalf of the organization, vehemently disapproving of unionizing college football.

“This union-backed attempt to turn student-athletes into employees undermines the purpose of college: an education,” read the NCAA statement. “Student-athletes are not employees, and their participation in college sports is voluntary. We stand for all student-athletes, not just those the unions want to professionalize.”

Remy also denied an employment relationship with the NCAA, saying many student athletes are provided with scholarships and other benefits for participating in NCAA-sponsored sports.

Remy also cited the National Labor Relations Act and the Fair Labor Standards Act in claiming that student athletes are not employees “within any definition” of those laws.

Only Northwestern football players are involved in Colter’s bid so far, but others are expected to join in conjunction with national labor organizations.

Writing in Forbes, Alicia Jessop reports that the student athletes have a good chance of willing their argument.

“Precedent shows one thing:  Student-athletes have a significant chance of being deemed to be employees using standards that the NLRB has previously employed,” she wrote. “The question, though, is in a case of this magnitude where the ramifications could completely change the landscape of college sports, will the NLRB utilize these tests?  Or, will it be persuaded to adopt a new test which favors universities by refusing to recognize student-athletes as employees?  Only time will tell, but one thing is certain:  In coming months, as many games will be played in legal filings as they will be on the field.”