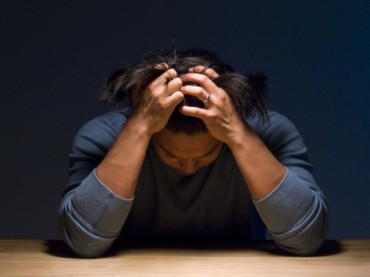 Camille Parmesan shared the Nobel Peace Prize with Al Gore in 2007 based on her work on the Third Assessment Report of the Intergovernmental Panel on Climate Change (IPCC).

A professor at Plymouth University and the University of Texas at Austin, she became so “professionally depressed” a couple years ago that she considered quitting.

“I felt like here was this huge signal I was finding and no one was paying attention to it,” Parmesan says. “I was really thinking, ‘Why am I doing this?’”

“It’s an intense preoccupation with thoughts we cannot get out of our minds,” Van Susteren says. And for some, it’s a preoccupation that extends well outside of the office. “Everyday irritations as parents and spouses have their place, they’re legitimate,” she says. “But when you’re talking about thousands of years of impacts and species, giving a shit about whether you’re going to get the right soccer equipment or whether you forgot something at school is pretty tough.”

What’s even more deflating for a climate scientist is when sounding the alarm on climatic catastrophes seems to fall on deaf ears. “How would that make you feel? You take this information to someone and they say they don’t believe you, as if it’s a question of beliefs,” says Jeffrey Kiehl, senior scientist for climate change research at the National Center for Atmospheric Research in Boulder. “I’m not talking about religion here, I’m talking about facts.

Hey, how about that — basically the same stuff anyone else in a stressful profession may make use of.

Grist’s Brentin Mock goes further, arguing that climate scientists should get brutally honest with emotional language: “Forgive my language here, but if scientists are looking for a clearer language to express the urgency of climate change, there’s no clearer word that expresses that urgency than FUCK.”

h/t to The Corner.