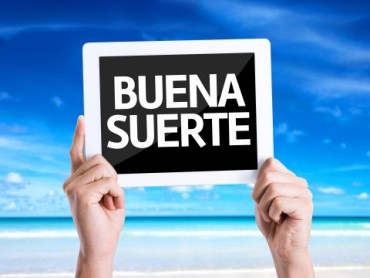 How did I miss this one?

I thought it was a typo while reading this article about Princeton establishing “temporary affinity rooms” at its Field Center — “safe spaces” for the college’s “black, African-American, Latinx, Asian, Asian-American, Arab and Middle-Eastern student communities.”

Anyone following the recent protests on college campuses may have noticed a word that simply didn’t exist a year or two ago — Latinx.

At Pomona College, for example, student activists demanded in a letter that their president meet with each of six “affinity groups.” Among them: “Latinx students.”

These Latinx students are the same group who would, a year ago, have been grouped under the terms “Latina,” “Latino” or, commonly, “Latino/a” (or even “[email protected]”). But, in order to escape the implicit gender binary there and include all possible gender and sexual identities, the final gender-determining syllable is increasingly being replaced with an X.

And the term is quickly becoming more common. Google trend data show it began to appear in Internet searches late last year and surged suddenly in November 2015. And experts say it first began to spread in academic literature about two years ago.

“Spread in academic literature …” Naturally. Its use is also “much more common on college campuses.” Naturally times two.

“[W]hether it will become mainstream or not, that definitely remains to be seen,” says Brooklyn College’s Maria Scharron-del Rio.

Scharron-del Rio wrote a piece in defense of “latinx” to rebut a Swarthmore College op-ed which had criticized the term.

In their op-ed, students Gilbert Guerra and Gilbert Orbea called the term a “buzzword” and argued that “By replacing o’s and a’s with x’s, the word ‘Latinx’ is rendered laughably incomprehensible to any Spanish speaker without some fluency in English.” They write, “It effectively serves as an American way to erase the Spanish language. Like it or not, Spanish is a gendered language. If you take the gender out of every word, you are no longer speaking Spanish. If you advocate for the erasure of gender in Spanish, you then are advocating for the erasure of Spanish.”

Indeed. Gender, primarily with nouns and adjective endings, is a fundamental cornerstone of not only Spanish, but other Romance languages.

It’s not surprising that the usual activists have a problem with español. It is inherently … “patriarchal” if you will. The now-apparently “old school” term latino refers to people of that cultural heritage as a whole, even though the “o” at the end of the word typically signifies a masculine term. Such is the case with “generalities,” too, in the language; lo, for example, is used in place of the usual el and la when expressing such: “The good” would be expressed as “Lo bueno.”

Not to mention, when referring to a mixed-gender group of people, Spanish always uses the masculine plural of a noun. (Example: Los abuelos = The grandparents.)

(And for heaven’s sake — stay away from the Spanish word for “black”!)

I’ve often noted that political correctness is inherently contradictory; Guerra and Orbea put another nail on that point. By seeking to alter the fundamental structure of an entire language, activists are “advocating for the erasure” of it.

Activists and academicians may not care overmuch because, after all, Spanish is a European language, imposed upon Latin America — or Latinx America, if you wish — via colonialism.

In the ever-changing politically correct hierarchy, this fact, and the language’s gender chauvinism, may certainly override any cultural concerns of the Hispanic demographic.