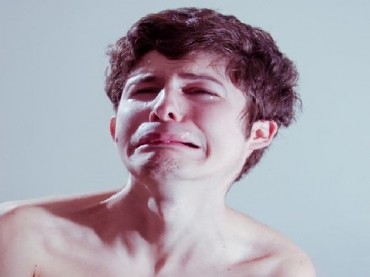 Professor Robert Goldstein of UCLA asked the following question on an exam: “[As] a recent hire in the office, you are asked to write a memo discussing the relevant First Amendment issues in such a prosecution. Write the memo.”

The scenario: Michael Brown’s stepfather, Louis Head, had shouted “Burn this bitch down!” after the Ferguson grand jury decided not to indict officer Darren Wilson for the killing of his stepson. Should prosecutors seek an indictment against Mr. Head for inciting violence?

As you might imagine with our ever-increasing hypersensitive society, Prof. Goldstein got some heat for the question.

But students complained, and writer Elie Mystal at the popular legal blog “Above the Law” opined that the test question was “racially insensitive and divisive.” Mystal also incorrectly alleged that the question asked students to “advocate in favor of extremist racists in Ferguson.”

Goldstein has apologized for putting the question on the test and has promised not to grade the question.

“I clearly underestimated and misjudged the impact of this question on you. I realize now that it was so fraught as to have made this an unnecessarily difficult question to respond to at this time. I am sorry for this,” he wrote in an email to his students that a UCLA spokeswoman forwarded to FoxNews.com.

He defended his intentions in posing the question, making reference to both the Ferguson incident and a New York grand jury’s decision not to indict another police officer on the death of an unarmed man placed in a chokehold.

“As with many of my exams in this upper-level elective class, questions may be drawn from current legal issues in the news or from recent court reports. This helps make the exam educational and relevant,” he wrote in his email to students.

Some fellow law profs thought Goldstein had nothing for which to apologize as the test question was very straightforward:

“If there are some law students who are such delicate flowers that merely being asked to assess whether certain controversial speech that’s been in the news is constitutionally protected, in a class covering the First Amendment of all things, then maybe they should find another profession,” David Bernstein, a law professor at George Mason University School of Law, told FoxNews.com.

He also noted that tossing out the question after-the-fact on a final exam was unfair to any students who might have spent a lot of time answering the question.

“The actual outrage is wildly misplaced,” Bernstein added. (Professor Bernstein is a contributor to the popular law blog The Volokh Conspiracy.)

Professor Glenn Reynolds (to whom the hat tip for this story goes) adds, “Grow up. It’s already hard enough to get a job in law without gaining a reputation for being hothouse flowers with pre-chipped shoulders.”