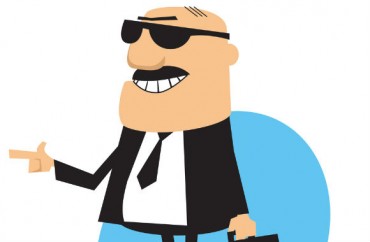 Public-sector unions are often accused of having an impermissible conflict of interest: voting to give themselves raises and perks on the taxpayer’s dime.

Something similar is afoot at the Association of American Law Schools, according to George Dent, a law professor at Case Western Reserve University.

Writing for the National Association of Scholars, Dent says the AALS is a “quasi-governmental” membership body whose close work with the American Bar Association makes it “de facto mandatory” for law schools to join.

And it doesn’t like conservatives and libertarians, he says:

The Executive Committee “until recently” refused to meet with Dent’s group of righty law professors on how to improve political diversity among its members.

It suddenly shut down access to its registry of new hires at law schools when a conservative scholar asked for access to run a study, though it previously gave access to liberal scholars for the same purpose, with no concern for “applicant confidentiality,” Dent claims.

Though Dent was recently invited by the incoming president to help plan the next annual meeting – which has long left conservatives out of the “Speakers of Note” section – it’s a blip as long as the AALS has law schools by the cojones, he says:

One might think that conservative state lawmakers would oppose state law schools’ paying hefty fees to a partisan left-wing organization.  But as a member of the [National Association of Scholars] for thirty years, I have finally realized that conservative lawmakers either don’t care about academia or consider it a lost cause.