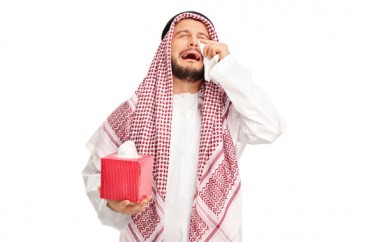 Texas has achieved substantial diversity in higher education under its race-neutral “Top 10” plan, yet the Supreme Court upheld UT-Austin’s explicit use of race in admissions in today’s “surprising” Fisher v. UT ruling.

The majority’s rationale may have an effect that would horrify those who favor more diversity in every aspect of American life, however: making it legally easier for the government to profile Muslims in the interest of preventing terrorist attacks.

[B]ecause this decision – unlike others in the past which upheld using race as a factor in governmental decision making, but only when used in combination of other factors – did not stress the prior requirement that the suspect factor (here race) could not be considered in isolation from other factors, it makes it somewhat more likely that governmental decisions and policies based solely on race or religion would be constitutional …

MORE: Narrow tailoring is the nail in the coffin of race preferences

The professor noted the court practically ignored the diverse UT class reached via the Top 10 program, which casts doubt on how narrow a program must be to satisfy the court’s requirement that race- or religion-conscious policies are “narrowly tailored”:

Thus the Supreme Court’s ruling that the [UT race-conscious] plan was still constitutional suggests, if the same criteria are applied regarding Muslims, that a weaker standard of proof to show that a compelling governmental interest is being served may be applicable. Hence the Transportation Security Administration could apply extra scrutiny to Muslims going through screening – for no other reason than Islam’s heightened association with terrorism – under the same rationale blessed by the court in Fisher, according to Banzhaf.

After all, “the governmental need in preventing terrorist bombing and other killings is far more compelling than adding more black students on top of those already admitted by the top 10% program,” he said.

Justice Samuel Alito made a similar point in reading his dissent, joined by Chief Justice John Roberts and Justice Clarence Thomas, from the bench today:

[UT-Austin] has still not identified with any degree of specificity the interests that its use of race and ethnicity is supposed to serve. Its primary argument is that merely invoking “the educational benefits of diversity” is sufficient and that it need not identify any metric that would allow a court to determine whether its plan is needed to serve, or is actually serving, those interests. This is nothing less than the plea for deference that we emphatically rejected in our prior decision [Fisher I]. Today, however, the Court inexplicably grants that request.

When it adopted its race-based plan, UT said that the plan was needed to promote classroom diversity. … But UT has never shown that its race-conscious plan actually ameliorates this situation. The University presents no evidence that its admissions officers, in administering the “holistic” component of its plan, make any effort to determine whether an African-American, Hispanic, or Asian-American student is likely to enroll in classes in which minority students are underrepresented. And although UT’s records should permit it to determine without much difficulty whether holistic admittees are any more likely than students admitted through the Top Ten Percent Law … to enroll in the classes lacking racial or ethnic diversity, UT either has not crunched those numbers or has not revealed what they show. Nor has UT explained why the underrepresentation of Asian-American students in many classes justifies its plan, which discriminates against those students.

Alito also notes that UT junked a jaw-dropping argument from its arsenal between its first and second trip to the high court over rejected student Abigail Fisher’s complaint:

After making this argument in its first trip to this Court, UT apparently had second thoughts, and in the latest round of briefing UT has attempted to disavow ever having made the argument.