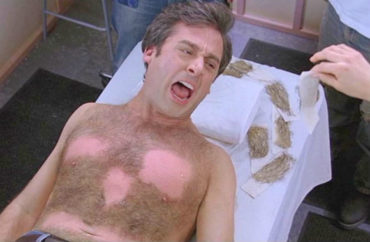 If you know the answer, do your classmates know you waxed?

A Howard University law professor is negotiating with the administration to reduce or scrap his punishment after a year-plus investigation found him responsible for sexual harassment over a test question about intimate personal grooming.

The result of those negotiations could affect whether faculty have to keep their curriculum “G-rated” to avoid a disciplinary investigation, a legal group pressuring Howard to drop the sanctions told The College Fix.

While Reginald Robinson’s lawyer declined to tell The Fix exactly what his client was seeking – or what action Robinson might take in response to the sanctions – he said the historically black institution’s investigation was sloppy and denied Robinson due process.

The 504-day Title IX probe was spurred by two students who complained that Robinson’s test question – involving a hypothetical legal scenario involving Brazilian waxing – forced one of them to publicly disclose her own grooming habits.

The professor’s multiple-choice test question centered on a court’s response to a demurrer motion, in which a party does not challenge the facts alleged by the opposing party but says those facts do not support the grounds for the lawsuit.

Robinson (below) laid out a scenario where a spa customer consented to receive a “full Brazilian” wax after the aesthetician explained how it differed from a “modified Brazilian.” The customer was told the full wax would involve genital touching, and consented and signed proper documentation. 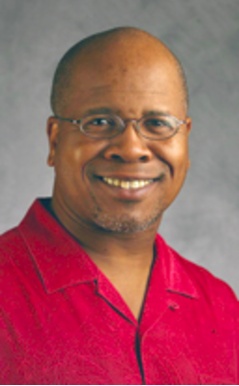 The students’ complaint against Robinson apparently stemmed from another condition in the question: possible drugging and groping.

When the customer sued the spa for the aesthetician’s alleged groping, the owner told the court the customer had consented to whatever genital touching was necessary to perform the full Brazilian.

Robinson was never even informed by the administration who had accused him or what the specific accusation was, his lawyer Gaillard Hunt told The Fix in a phone interview Monday.

The accuser “totally transmogrified the situation,” said Hunt, pointing The Fix to a comment left on an American Bar Association Journal article about the Howard investigation.

‘A mutually satisfactory solution’ within sight

A commenter with the screen name “It was me” purports to be one of the students who complained about Robinson’s question, which “turned on whether or not it is in fact possible to sleep through a Brazilian without being drugged”:

My law school professor thought there was no way to teach a demurer [sic] lesson other than forcing me to explain to a class full of people just how exactly I know that the client must have been drugged, when I declined he moved on to another woman […] do I really have to discuss my personal grooming habits for the class?

In its summary of the dispute, the Foundation for Individual Rights in Education said Robinson was found responsible for sexual harassment by Candi Smiley, then-deputy Title IX coordinator. The finding means Robinson will be required to undergo sensitivity training and submit all future exam questions for prior review.

Before speaking with The Fix Monday, Hunt told FIRE he and his client “believe we have reached a mutually satisfactory solution” in discussions with the university.

The Howard administration did not respond to repeated requests for comment by The Fix last week and Monday, when Hunt disclosed the discussions.

Jacqueline Young, director of publications and external communications for the law school, told The Fix that only the dean could comment. The dean’s office did not respond to Fix messages last week.

Law students have to ‘be comfortable being uncomfortable’

Robinson’s sixteen-and-a-half-month ordeal will “make it a lot harder for professors to prepare their students for a wide range of cases,” and they will fear punishment for their curriculum unless they “kept it G-rated,” Susan Kruth, senior program officer for legal and public advocacy at FIRE, told The Fix in a phone interview.

The investigation fits into a “larger pattern of schools punishing professors for protected expression under the guise of harassment,” which leads some to self-censor but others to remain defiant, she said.

Now the disclaimer: I have known Professor Reginald Robinson—Reggie—for several years. He is a wonderful person who cares about teaching.

Other comments on the ABA Journal article alternately support and criticize “It was me.”

One commenter said he would be writing a letter to Congress to request Howard’s federal appropriation be withheld unless it rescinded Robinson’s punishment.

Another claimed to personally know Robinson and said “anyone who has met him knows how creepy he can be,” and alleged the professor “has a long, long history of inappropriate comments, and has admitted to sleeping with students in the past.”

Northwestern University Prof. Laura Kipnis, who became something of a Title IX reform activist after her own high-profile “inquisition” for writing an essay on “sexual paranoia,” told The Fix she couldn’t comment because she wasn’t familiar with the Robinson case.

CLARIFICATION: A paraphrase of Susan Kruth’s interview omitted a sentence fragment that confirmed her view that professors couldn’t prepare law students for a wide range of cases if they kept their curriculum “G-rated.” The sentence fragment has been restored.