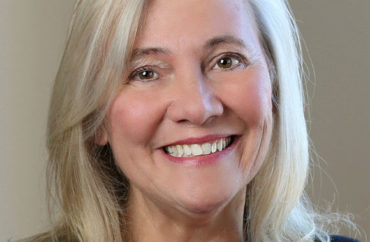 The University of Oregon railroaded a law professor in 2016 for wearing a too-complicated-to-explain Halloween costume that offended students and faculty, putting her on administrative leave for “discriminatory harassment.”

Nancy Shurtz is returning to campus in July after a year on sabbatical, and she’s receiving a fresh defense for her choice to promote racial equity in a way that confused everyone at her optional-to-attend, off-campus Halloween party.

The Daily Emerald reports that Shurtz still denies she wore “blackface” by modeling her costume after the book Black Man in a White Coat:

“That term is reserved for derogatory, mocking, and demeaning depictions of African-Americans,” she said. “At my private, off-campus Halloween party, I sought to challenge racism and provoke thought by depicting through my costume, a book — Dr. Damon Tweedy’s A Doctor’s Reflections on Race and Medicine. … At no time did I portray Dr. Tweedy, but I did want to honor him as a man of courage and insight.”

The university itself admitted that her purpose was to protest the “shortage of racial diversity, and particularly of black men, in higher education.” A professor of ethnic studies actually claimed that her naivete about how her costume could be perceived shows the “callous disregard for black humanity among my colleagues and students.”

Shurtz’s colleague Ofer Raban, who teaches constitutional law, is publicly denouncing the university for not even getting the law correct when it judged her costume unprotected speech:

“The report failed to address Oregon constitutional law which is more protective of free speech rights than the federal constitution,” he said. “That’s relevant to the case and it wasn’t addressed.”

The part of the Oregon Constitution regarding freedom of speech says, “No law shall be passed restraining the free expression of opinion, or restricting the right to speak, write, or print freely on any subject whatever; but every person shall be responsible for the abuse of this right.”

Raban continued by saying that the findings of the conduct investigation didn’t take this part of the constitution into account.

“The report conceded that Nancy Shurtz’s expression was aimed at promoting racial equality, but that fact did not play any role in the legal conclusions,” he said.

Unlike Fresno State University, which recently walked back rhetoric suggesting it would punish a far-left professor for her extramural speech about Barbara Bush’s death, the University of Oregon still refuses to apologize for illegally punishing a professor for speech in her own home:

In a statement provided to the Emerald, UO spokesperson Tobin Klinger said the incident has had “a significant impact on the law school and the larger campus community,” but steps, such as curriculum review and school-wide workshops, are being taken to improve relations within the community.

The law school is still treating Shurtz like a threat to students, hosting a town hall where students voiced “concerns about taking courses taught by Shurtz and their disappointment that Shurtz wasn’t at the town hall,” The Register-Guard reports.

It tweeted several comments during that April 11 town hall that denounced Shurtz’s return. Dean Marcilynn Burke, who came to UO after Shurtz was punished, said she didn’t make the decision to let Shurtz return and refused to defend her professor’s rights at a taxpayer-funded institution.

Comment from Student: It's not just that she's coming back. It's that she's teaching a class that I would have to set aside my identity to attend.

Q4: Please, @Marcilynn_Burke say what the incident was. A4. "Prof. Shurtz wore blackface at a party in her home." Questioner: The decision to apply makeup and a wig takes time and intention and planning. Others can intervene.

"I agree with about 93% of what you've said. The time is now," @Marcilynn_Burke Training for professors is part of our Diversity Action Plan and starts this summer. But, there is a lot of work to be done. Most cannot be done overnight, but it is being done.

The law school hosted a second town hall five days later and tweeted more criticisms of Shurtz for not promoting racial equity in its preferred manner on her own time, outside of the classroom.

It also suggested that students demand the loosening of firing policies so Shurtz can be terminated for her extramural speech, reassuring them the Board of Trustees won’t interfere.

Q5: What it being done to prevent [the blackface incident] from repeating? What is the assurance it will not happen again? A5: There was an investigation and efforts have been made to train Prof. Shurtz to be aware of her actions and consequences. Beyond that, it's an HR matter.

Q8b: Do policies have to pass through the board of trustees? A8b (UO counsel Doug Blandy): The BOT has plenary ability to adopt policies, but they have largely shared this responsibility with the Senate through the policy on policies.

Shurtz told the Emerald her “heart is racing” as she plans her return to the Pacific Northwest, her home of 38 years, from Florida.

“The atmosphere can be expected to be challenging. I am going to try to exhibit the principle that one can make human mistakes and learn from the lessons,” she said. “I am going to teach that one needs to recognize a core of inner goodness that provides the basis for sound values and inner strength.”

In light of Fresno State’s realization that hurt feelings can’t legally justify retaliation against Randa Jarrar for her expressed views, national media and organizations that took up Jarrar’s case should now ask the University of Oregon why it continues to threaten faculty for holding even benign and misunderstood views.

VICTORY: @Fresno_State announced it will not punish Prof. Randa Jarrar over her controversial tweets, writing, “Our duty as Americans and as educators is to promote a free exchange of diverse views, even if we disagree with them.” Full statement: https://t.co/rQMQZXwwgO (1/3)