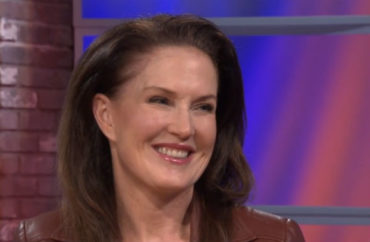 If you want to end “rape culture” on campus, kill the men?

An adjunct professor of sexual violence law at New England Law-Boston is suggesting vigilante justice as a way to get colleges to tilt their Title IX adjudication proceedings even further toward accusers.

Wendy Murphy, who also directs the Women’s and Children’s Advocacy Project at the law school, tweeted about a teenager who was sentenced to five years in prison in Sudan for killing her husband as he tried to have sex with her against her will.

And then the former prosecutor connected legally permissible marital rape in Sudan to alcohol-fueled hookups on American college campuses:

In many states, it is considered self-defense to kill a rapist. Women don’t know this about their rights. They need to be educated & trained. If campus victims knew they had a right to kill, schools would FINALLY do a good job preventing rape, to avoid all the dead bodies. #MeToo

In many states, it is considered self-defense to kill a rapist. Women don’t know this about their rights. They need to be educated & trained. If campus victims knew they had a right to kill, schools would FINALLY do a good job preventing rape, to avoid all the dead bodies. #MeToo https://t.co/QdhA8oTwoL

Some Twitter users took exception to Murphy’s suggestion, with one pointing out that Murphy could be seen as encouraging violence against students accused of conduct that is not considered assault outside of campus codes.

Murphy simply confirmed that while students could get expelled for such killing, they wouldn’t go to jail.

Self-defense laws apply on campus bc crimes on campus are prosecutable in real world. Crimes are also “student misconduct” offenses under civil rights laws on campus under #TitleIV & #TitleIX So you might get expelled for killing in self-defense, but you won’t go to jail.

He compared her new statement to her history of “fact-free claims” as a cable-news pundit in the Duke University lacrosse rape case. The accused players were eventually exonerated and their prosecutor disbarred and jailed for a day.

For a list of Murphy's fact-free claims in the lacrosse case. Yet she was still a figure to whom Obama OCR officials listened:https://t.co/U1sVP4PIax

The Fix has asked New England Law-Boston for comment.

A law professor at George Washington University contacted The Fix after this article was published, giving a partial defense of Murphy’s recommendation.

John Banzhaf, who has recommended training young women to fight off would-be attackers they already know, wrote in an email the distinction turns on whether deadly force is “reasonably necessary” to prevent a “forcible rape.”

Such language is found in most states’ criminal statutes, such as New York’s, he said: “In other words, the killing of a rapist may be legally justified even if the person using the deadly force made a mistake, providing the mistake was not unreasonable.”

The problem is when campus rules and norms for sexual consent are confused with legal requirements, Banzhaf said:

In most states, consent is irrelevant, and having sex even after she says “NO” doesn’t necessar[il]y constitute rape. …

UPDATE: George Washington University Law Prof. John Banzhaf contacted The Fix after this post was published to give a partial defense of Murphy’s recommendation. His thoughts have been added.