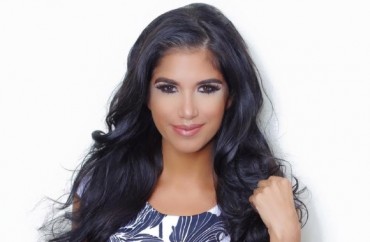 Ohio State University law student Madison Gesiotto has received threats over social media, was labeled a racist by OSU’s Black Law Students Association, and was chastised by no less than three deans at her law school.

Her crime? She recently wrote a pro-life column published in The Washington Times highlighting statistics to illustrate “the number one killer of black Americans is abortion.”

“Thus … it is more than safe to say that more black Americans died every single day from abortions than from heart disease, cancer, homicide and motor vehicle accidents combined.”

Following its publication, an angry reader and fellow OSU law student whom Gesiotto does not know posted on her Facebook page that “the government cannot take action against you for your offensive and racist article. But your colleagues can.”

Gesiotto, 23, scheduled a meeting with the dean of the Ohio State University Moritz College of Law, Alan Michaels, to voice concerns about the threat, but she said the meeting was not at all what she expected.

“I expected to simply report the ambiguous threat to the dean and leave. I did not expect to sit in a meeting for an hour with three deans discussing my Washington Times column,” Gesiotto told The College Fix via email.

The deans took issue with the piece as a whole, though it did not pertain in any way to Gesiotto’s law school studies, she said.

“One dean claimed that it looked like a direct attack on the ‘Black Lives Matter’ movement, which was not referenced or referred to at all in my column,” Gesiotto said to The College Fix. “They kept saying that it was flawed writing that would offend many and was nowhere near a well-developed legal piece. They said they wanted me to understand why it was so offensive.”

“They clearly seemed more concerned about the school’s relationship with the Black Lives Matter lobbying group than my personal safety or respecting the constitutional freedom that lawyers are sworn to uphold,” she added.

“The meeting with the deans was very upsetting,” Gesiotto said. “I felt shocked, bullied, and disappointed.”

In response, Dean Michaels told The Washington Times the university “takes any alleged threat against its students very seriously” and that “an inclusive learning environment that provides a forum for a wide range of viewpoints is critical for a law school. We try to foster a culture of respectful dialogue when addressing tough, emotional topics as they arise in discussions of law and policy.”

Meanwhile, the Black Law Students Association published a letter to the editor in The Lantern, OSU’s student newspaper, accusing Gesiotto of racism: “We take offense to the racist undertones of this opinion piece and question its journalistic integrity.”

“By making such sweeping and irresponsible statements regarding black women’s reproductive health, the opinion piece fails to address myriad factors that might influence a black woman’s decision to exercise her reproductive rights,” the association continued. The Washington Times’ online opinion pages. She is also a staff editor of the Ohio State Journal of Criminal Law.

Shortly after this controversy, the OSU Journal of Criminal Law announced a policy change that “editors who identify themselves as such when writing for other publications must include a disclaimer saying that their views do not necessarily reflect those of the journal.”

As a participant in the 2014 Miss USA pageant representing Ohio, Gesiotto has handled public scrutiny before. She stated she has no regrets about her article and she will continue to write her weekly column.

“I’m definitely discouraged by the way that my law school has handled this situation, but I’m not at all going to back down from the things I believe in,” Gesiotto told The Washington Times.

Concerned individuals and groups are providing support for Gesiotto that her law school deans did not. The pro-life group Created Equal has circulated a petition asking Dean Michaels to apologize to Gesiotto and to “uphold the First Amendment of the United States Constitution on your campus,” as OSU is a publicly funded institution.

Gesiotto expressed her disappointment about the entire incident to The College Fix.

“Based on my experience in the initial meeting and subsequent events, I do not find the dean’s statement that Moritz encourages a ‘wide range of viewpoints’ to be consistent with the school administrator’s actions,” Gesiotto said.

“Name calling and bullying have become central tactics in the growing campaign on the left to silence speech on college campuses across this country. Instead of arguing on merits, those whose beliefs are in line with the ‘settled’ liberal worldview attempt to delegitimize conservatives by branding them as racists, bigots and misogynists,” she said. “These liberals claim to be proponents of diversity but expose themselves as hypocrites by continually opposing diversity of thought and opinion.”