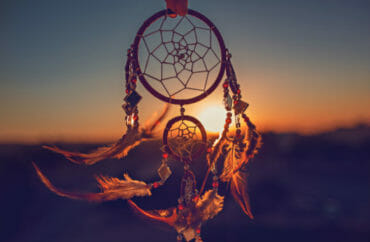 Told which political positions to take

When a graduate student at Canada’s Wilfrid Laurier University criticized a “land acknowledgment” from a syllabus on Twitter, the course instructor tried to get her in trouble with the administration.

At another Canadian university, the symbolic gestures toward indigenous tribes go much further.

The Schulich School of Law at Dalhousie University urged students to acknowledge the “ancestral lands” on which the university sits by including land acknowledgments in their email signatures.

It also gave them 49 other ideas for acknowledging how they are complicit in the mistreatment of the land’s previous inhabitants and the promotion of colonialism.

All first-year students received two-sided, single-spaced cards laying out the 50 ideas in their mandatory Aboriginal & Indigenous Law in Context class in early January, according to first-year student Reagan Seidler, who provided copies of the cards to The College Fix.

Seidler wrote in an email that the official distribution of the cards “implied the actions had the school’s endorsement, though they weren’t mandating any.”

A land acknowledgment is a “formal statement that recognizes the unique and enduring relationship that exists between Indigenous Peoples and their traditional territories,” as defined by the Laurier Students Public Interest Research Group.

It claims that “colonialism is a current ongoing process, and we need to build our mindfulness of our present participation.”

Laurier grad student Lindsay Shepherd, who faced an official investigation for showing a gender-neutral pronoun debate in class, used her Twitter megaphone in December to criticize land acknowledgments as “cringe-inducing.”

“Will we be reciting them indefinitely, or giving the land back?” she tweeted. In a following tweet she accused “holier-than-thou [social justice warriors]” of using land acknowledgments “to virtue signal.”

I think land acknowledgements are cringe-inducing, thanks for asking. Will we be reciting them indefinitely, or giving the land back?

The cards distributed to students Jan. 8 urge them to “commit to making reconciliation [with indigenous people] a part of your every-day ethos.”

Dalhousie law students should “update your email signature to reflect the territory you live and work on,” study their family history to learn whether their relatives helped “dispossess indigenous people from their ancestral lands,” and buy items such as “a dreamcatcher or a pair of earrings” from indigenous artists.

Many of the suggestions tell students how to feel and instruct them in political actions to take:

10. Seriously consider your own position as a settler Canadian. Do you uphold practices that contribute to the marginalization of indigenous peoples?

11. Consider the line between cultural appropriation and cultural appreciation. Learn why headdresses are not appropriate at music festivals and why “sexy Pochahontas” [sic] is just wrong

17. Gently counter racist or stereotypical comments with fact-based information whether you are at a party, the office, or the gym The cards tell students to read the government’s Truth and Reconciliation Commission report, and then “write to your municipal, provincial, and federal representatives” to ask “how they are implementing” the report’s calls to action.

“Yes, this all might seem scary!” the card says on the reverse side at its halfway point (27). “Keep going, if you are committed.”

The cards inform students that the “opinions” of a conservative member of Parliament, Lynn Beyak, are “problematic” (28).

That apparently refers to Beyak’s support for “residential schools” that educate aboriginal children, the subject of the government report. She was recently removed from her caucus for posting “racist” and “offensive” letters that support her position.

Finally, the cards implore students to “understand that reconciliation is not about ‘feeling guilty.’ It is about knowledge, action, and justice” (50). ‘The social justice lobby can turn authoritarian when they see dissent’

Seidler told The Fix that he sees land acknowledgments as “a respectful sign” when used “at the right time,” and praised the law school for giving students “an option and let[ting] them explore it further”:

Dal just needs to be careful that it maintains space for healthy debate. The social justice lobby can turn authoritarian when they see dissent. I trust Dal has learned that imposing political values onto a campus causes problems.

The problem with land acknowledgments is they “run the risk of being used, or overused, to drive a political agenda,” he continued: “We can’t ignore the many others – veterans, public servants, volunteers – who also helped build this country.”

The Schulich school administration did not respond to multiple phone and email inquiries throughout January to explain its view of the benefits of land acknowledgments.

The Laurier Students Public Interest Research Group also did not respond to email inquiries about the benefit of land acknowledgments, how they are meant to improve relations with indigenous people and how LSPIRG is promoting them.

Yesterday, all first-year students at the Dal law school were given encouragement/instruction to put land acknowledgments in our email signatures. cc: @jonkay

‘Territorial acknowledgements’ are your ‘real business’

Canadian culture is suffused with official sensitivity toward indigenous people. Land acknowledgments evolved from Section 35 of the Constitution Act, which “recognized and affirmed” aboriginal rights.

In October 2016, Dalhousie’s Faculty of Agriculture renamed the campus River Road to “Sipu Awti,” the Mi’kmaq people’s translation of the name. Earlier that year, a “Mi’kmaq Grand Council Flag” was placed on the campus to “welcome the First Nations community to our campus.”

The Toronto District School Board released a “treaty acknowledgement” that required all schools to include the acknowledgments “daily as part of opening exercises prior to the national anthem,” and suggested their inclusion at the beginning of “events, gatherings and meetings.”

“Territorial acknowledgements should not simply be a pro forma statement made before getting on with the ‘real business’ of the meeting; they must be understood as a vital part of the business,” the guide informs teachers.