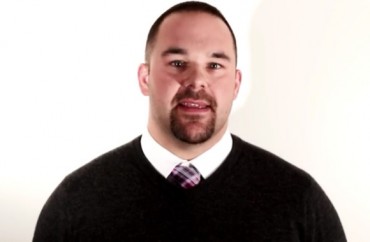 The university official in charge of a disciplinary proceeding against a student accused of rape had hosted a showing of a slanted documentary about campus rape the day before the hearing, according to a lawsuit by the accused student.

The anonymous “John Doe” student is seeking damages in excess of $75,000 from Clark University in Massachusetts, accusing the school and several officials of “impeding his education, damaging his reputation and causing psychological and emotional harm” in response to false allegations by “Sue Smith.”

Like other lawsuits against colleges by students accused of sexual misconduct, Doe’s suit claims Clark ignored voluminous text-message evidence establishing an ongoing romantic relationship with Smith even after the alleged rape.

‘Female-centric environment’ was ‘at its peak’ when Doe was tried

The lawsuit places the university’s proceeding against Doe in the context of “a time of intense debate, both on the campus and among students on social media, where students were criticizing the university’s handling of sexual assault.”

Policy changes around sexual assault have created a “very prejudicial and female-centric environment on the campus” that was “at its peak” when Doe faced the Sexual Misconduct Hearing Board, the suit claims.

The “most important fact of our case is that, contrary to every other open case I have identified, there was no alcohol involved in this case,” Doe lawyer Terri Leary told The College Fix by email.

The case also sticks out because the students were “developing a relationship, so this wasn’t a random hookup,” Leary added.

‘Branded as a sex offender’ in 11 days

A high school athlete from Connecticut who graduated with accolades in both sports and academics, Doe enrolled at Clark last fall after receiving “a substantial merit scholarship” and earned a position on a varsity sports team, the suit says.

He met Smith in December and they developed a relationship that resulted in a consensual encounter in Doe’s dorm room in January, the suit claims.

Smith became upset with Doe for not spending enough time with her, broke off their relationship, started dating another student, and then filed a complaint against Doe three months after their first sexual encounter, according to the suit.

Doe describes a whirlwind proceeding by the sexual misconduct disciplinary board that left him “branded as a sex offender” just 11 days after he was booted from his room without warning. He says the hearing took place during the most stressful time period imaginable – the week before finals.

Clark failed to give the plaintiff a warning or an explanation as to why he was being kicked out of his room, Doe claims. It “denied [the plaintiff] the benefit of the ‘fair practice’ procedures promised him in Clark’s 2014-2015 Student Handbook,” including refusing to notify him of his rights and failing to give him sufficient time to prepare, according to his complaint.

Several hours before the hearing took place, “Clark hosted a screening of an emotionally-charged, graphic documentary about sexual assault on campus, and the person who would serve as the board chair participated in that program,” the complaint alleges, referring to the disputed documentary The Hunting Ground.

Doe claims the sudden substitution of Adam Keyes, director of residence life, as chair of the board – less than 24 hours before the hearing – gave the student too little time to investigate Keyes and object to his participation.

Keyes participated in Clark’s promotional video against sexual assault, “It’s On Us,” and had “involvement with and sponsorship of numerous anti-assault activities on campus” beyond The Hunting Ground screening, Doe claims.

Furthermore, Keyes refused to distribute hundreds of text messages sent between Doe and Smith before and after the alleged assault, which Doe readily produced as evidence of his innocence, deeming them “irrelevant.”

Doe claimed the texts showed “both the complainant’s interest in going to the plaintiff’s room on the night in question, and also continuing a relationship with the plaintiff after that night and repeatedly inviting him to her room.”

Yet the university, “both in the appeals process and on review by Clark’s president,” would not consider the texts as evidence and upheld the board’s decision to dismiss the plaintiff, the suit claims.

The complaint alleges the university also failed to follow proper steps in conducting an investigation: pulling the plaintiff from his room seemingly based solely on the complainant’s accusations; neglecting to interview the plaintiff’s roommate, who was present in the room when the alleged rape took place, or the complainant’s friends as to her reliability as a witness; and refusing to consider electronic communication between the two parties.

The university told The Fix in a written statement: “The safety and health of all of our students is our priority, and Clark University takes allegations of sexual assault seriously. The University does not comment on pending litigation.”

RELATED: Judge blasts UCSD for its kooky reading of evidence in sexual-misconduct case