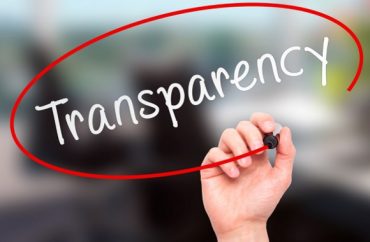 A lawsuit recently filed by a Michigan think tank seeks to force the University of Michigan to hand over any and all emails sent by President Mark Schlissel during the election season that contain the word “Trump.”

The litigation represents the latest move in a five-month battle between the Mackinac Center for Public Policy and the University of Michigan after the think tank’s public records act request was filed in November.

The records request came after Schlissel, at a campus vigil right after the election, suggested people who voted for Donald Trump support “hate and the fractiousness and the longing for some sort of idealized version of a nonexistent yesterday.” He and top campus leadership were then accused by hundreds of students of being anti-Donald Trump.

“It is extraordinarily arrogant to assume that those who backed Trump are unequivocally supporting racism, sexism, homophobia, and other forms of hatred, yet that is exactly what President Schlissel did,” engineer student Reebehl El-Hage told the Detroit News at the time.

U-M student and conservative activist Grant Strobl told the Free Press after the vigil: “The $85-million diversity plan is useless if the university can’t even recognize intellectual diversity after election day.”

It was under this context that the Mackinac Center for Public Policy sought “any emails from President Mark Schlissel which contain the word ‘Trump’ from July 1, 2016 to November 16, 2016.”

“The requested emails would provide more insight into an emotionally-charged topic that received much media attention in the immediate aftermath of the election, when President Schlissel made disparaging comments about Donald Trump and those that voted for him,” the center stated in a news release.

After a 106-day delay and more than $100 in fees paid by the center to the university to process the request, the lawsuit was filed. On the same day, March 2, the center received by mail a copy of four emails by Schlissel that innocuously refer to Trump.

The center is moving forward with the lawsuit, saying there is an unknown number of emails the university is still withholding that meets the public records request criteria.

In a Feb. 9 letter to the center, the university does state “a small number of internal messages containing preliminary and advisory material have been withheld,” citing a proviso in the Freedom of Information Act that allows the institution to “refrain from disclosing certain communications and notes of an advisory nature.”

The Mackinac Center is asking a judge to read over those emails and determine whether the university is properly applying open records law.

Patrick Wright, director of the Mackinac Center Legal Foundation, said in an interview with The College Fix that the nonprofit aims to determine whether Schlissel’s rhetoric against Trump was done off-the-cuff or whether it was part of a larger, institutional decision among campus leaders at one of the largest public research institutions in the nation.

The lengthy delay of the records request leads center officials to believe the university may be hiding something, he said.

“Given the actions that the university took in taking 100 days to do two-and-three-quarters of an hour’s worth of work, we think they are intentionally delaying this and we would like a judicial resolution,” Wright said. “Transparency has to happen close to real time … or people can’t participate in the democratic process.”

In an email to The College Fix, campus spokesman Rick Fitzgerald said the university has fully complied with the center’s request.

“[T]he University of Michigan fully complies with our state’s Freedom of Information Act,” he said. “The university sent the Mackinac Center the materials the reporter requested on Feb. 27, just a few days after receiving payment from the Mackinac Center and before the lawsuit was filed.”