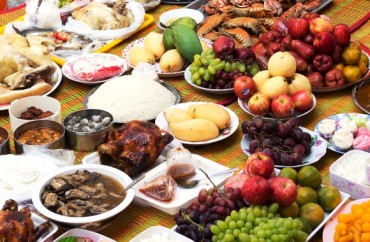 On the heels of a massive tuition and fee hike at the University of Massachusetts-Amherst comes word that the school’s student government racked up an $8,300 breakfast and lunch bill to be paid by student-fee-funded campus coffers.

According to documents obtained by The College Fix, the UMass Amherst Student Government Association spent $3,152.40 on breakfast items for students who attended the “Women’s Leadership Conference” on Nov. 15, a meal that boasted “traditional continental assorted pastries, seasonal hand fruit” and a “crepe station … with an assortment of sweet fillings.”

The event was open to students to attend and did not charge an entry fee.

The food costs are in addition to what was a controversial $5,000 honorarium paid out to the keynote speaker, an alum and business woman who touts entrepreneurship.

The conference comes on the heels of a tuition and fee hike of 6 percent at University of Massachusetts-Amherst that amounts to nearly $1,500 per student per year.

Invoices obtained by The College Fix show the $8,300 tab was billed for 200 people, but it’s unclear if 200 students actually attended the event. At the inaugural Women’s Leadership Symposium last spring, approximately 12 alumni and 50 students attended.

Sïonan Barrett, the student body president of the UMass SGA, responded to a request for comment Thursday by saying the receipt figures were off by a few thousand dollars, but provided no contrary receipt nor stated how many students attended the event. She has not yet respond to a follow up email.

The event’s Facebook page states 131 people went, which – if accurate – would amount to roughly $63 per person on food.

The UMass student government and its president are no strangers to controversy.

Earlier this semester, Barrett sent out an email warning students not to wear offensive Halloween costumes. In the same email, she promoted the UMass version of the Million Student March that demanded tuition-free public college, a cancellation of all student debt, and a $15-per-hour minimum wage for all campus workers.

The March also ended up including an attack on the Jewish state of Israel by supporting the Boycott, Divest and Sanction movement, which upset many pro-Israel students on campus.