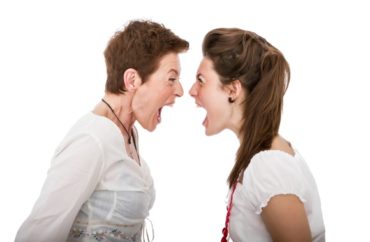 The following is adapted from “Panic Attack: Young Radicals in the Age of Trump,” a recently published book by former College Fix editor Robby Soave. Soave is currently an associate editor at Reason.

Today there are tensions between a second-wave feminism that is worried about people who were born men co-opting their movement and a younger feminism that embraces all people who self-identify as women. The new view has largely won that fight, and this victory has influenced how the broader public discusses trans issues.

Consider what happened to filmmaker Kimberly Peirce at Reed College in 2016. She had been invited to Reed College in the fall of 2016 for a screening of her landmark 1999 film Boys Don’t Cry. The movie tells the true story of a transgender man who was murdered. Peirce herself has identified as a lesbian and genderqueer, and her movie contains a message of acceptance.

To say that Peirce was not well received at Reed would be a considerable understatement. Students hung profane posters near the podium; one read “You don’t fucking get it.” Waiting at the podium itself was a “Fuck you” poster, and students screamed other expletives at Peirce, bringing the event to an early close. 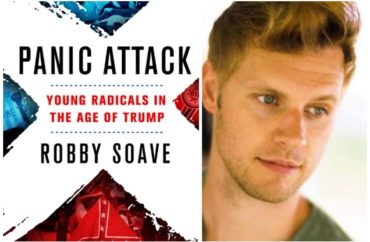 One would be forgiven for presuming that Reed must be some kind of Christian fundamentalist college brimming with intolerant, homophobic students, but alas, no: Reed is among the most liberal campuses in the country, according to Princeton Review. The students who jeered at Peirce were leftists.

In the eyes of these students, Peirce was a traitor. For one thing, she cast the cisgender Hilary Swank in the role of the trans character, a choice that marginalizes trans identities and contributes to trans erasure.

For another thing, Peirce profited from the exploitation of a trans person. Her film depicted violence against a trans person. This was unforgivable, in the students’ view, even though it actually happened and Peirce’s goal was to shed light on a tragic, socially significant event.

Lucía Martínez, an assistant professor of English at Reed College,” posted a comment on an article about the Peirce shutdown in which she confessed that these students terrify her.

“I am intimidated by these students,” she wrote. “I am scared to teach courses on race, gender, or sexuality, or even texts that bring these issues up in any way—and I am a gay mixed-race woman. There is a serious problem here and at other [selective liberal arts colleges], and I’m at a loss as to how to begin to address it, especially since many of these students don’t believe in either historicity or objective facts.”

Nationwide, the movement for LGBT equality has come a long way. Gay marriage is legal across the nation, and LGBTQ people enjoy unprecedented social acceptance. Kids find it strange that it was ever acceptable to mock people for their sexuality; it’s more okay to be gay—or bisexual, or asexual, or even unsure— than ever before.

Liberals, libertarians, and even many socially tolerant Republicans and conservatives agree that members of the LGBT community deserve the same rights and dignity as everyone else. I, too, celebrate these strides. And I join other libertarians and social liberals in wanting transgender people to achieve acceptance and equality as well.

In many cases, trans goals are perfectly reasonable and will likely come to pass as the country becomes more sympathetic toward them. But, as the incident at Reed shows, there’s an illiberal streak within trans activism that might make the movement’s goals seem less reasonable to the average person. The tendency of some trans activist leaders to make hyperbolic statements could be undermining a worthy cause—and putting them at odds with potential allies.

Many of the loudest trans voices, particularly on social media, routinely decry all criticism of their activism as not just wrong but a form of assault. Nowhere else has the distinction between words and actions been so thoroughly eroded; people who criticize the trans community are accused of literal violence.

This strain of illiberalism occasionally puts radical trans activists in tension with other members of the LGBT acceptance movement.

In 2015, Colorado College’s Film and Media Studies Department attempted to screen the movie Stonewall, and invited a producer to participate in a discussion with students. The film, a coming-of-age story about a gay teenager set during the Stonewall riots in 1969, had been critically panned and accused of whitewashing the actual history of late-1960s gay liberation. If students had merely complained about the film, they would have been in good company.

But Colorado College activists claimed that the film was not merely awful. To the extent that it had failed to properly credit trans people for the role they played in gay liberation, they said, Stonewall had either committed or encouraged violence against them.

“The film is discursively violent,” a group of student activists affiliated with the campus’s LGBTQIA+ chapter wrote in an open letter. The students formed a new group, RAID (Radicals Against Institutional Damage), for the explicit purpose of boycotting the film and preventing it from being shown on campus.

A professor who supported screening the film told the student newspaper, the Catalyst, that even if the film was bad or if it was unfair to trans people, it was still worthwhile to have a discussion about it. The activists did not agree.

“Critical discussion is simply a way of engaging in respectability politics,” Amelia Eskani, a first-year student, countered. “I think Colorado College should cancel the screening because the safety and well-being of queer and trans students surpasses the importance of a critical discussion.”

Clashes between certain radical feminists and radical trans activists have occasionally produced violence. Tara Wolf, a 26-year-old trans woman, hit a 61-year-old feminist, Maria Maclachlan, during a rally in London’s Hyde Park in 2017. Prior to the event, Wolf had written on Facebook that she planned to “fuck up some terfs,” an acronym for “trans-exclusionary radical feminists.” She compared them to fascists.

Parker Molloy, a trans woman and well-known writer on trans issues, told me trans activists “understand that there are nuances to these issues.”

“It’s just a lot of people, unfortunately, they’re screaming so loudly that I think it distorts the perception of trans people entirely. They seem completely unwilling to listen to reason, which is not true of the trans population as a whole.”

Panic Attack is available from All Points Books.