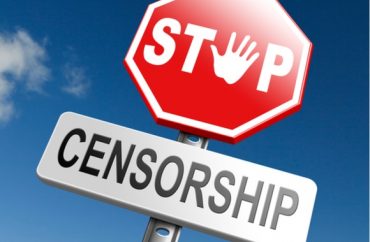 In fact, so dedicated is this professor to the notion of intellectual diversity that the Ivy League-educated scholar is working to bring more conservative speakers to his institution.

In an exclusive interview with The College Fix, Roth talks about why he agreed to speak publicly about this for the first time.

The College Fix: You’re one of the rare liberal professors who has chosen to publicly support the inclusion of conservative points of view on campus. Could you tell us how you came to that decision, and what experiences made you feel that way?

Professor Roth: First, I would distinguish liberals from the radical left, just as it is important to distinguish conservative from the radical right. Most of my liberal colleagues are devoted to the idea of discussion and debate, and reject the idea of boycotting or disinviting speakers, or of creating a politicized university. The problem lies with those who see the university and academia as an extension of their political and ideological world, in which just as the right tends to confuse liberal social democrats with revolutionary socialists, sees the entire Right as the enemy. These ideologues are much more common in academia than they are in the general population, and are concentrating in certain disciplines, regions and universities.

My own views are in some ways inherent to my background: my father was both a staunch liberal, a college professor and a combat veteran of World War II. My academic training at Berkeley and Columbia was balanced in some respects by six years in the Army National Guard. The importance of intellectual and political diversity became clear to me due both to my support (from a liberal perspective) of the invasion of Iraq and from my experience, as a Jew and a Zionist, of the often one-sided anti-Israel perspective, verging at times on anti-Semitism of certain disciplines, especially in the Humanities and Social Sciences. Subsequently, I have become increasingly disturbed at the way that the traditional Civil Rights movement, and the study of ethnicity—of which Jewish Studies was an important pioneer—is dominated by a Critical Race ideology, which I believe not only does not help marginalized students, but is indeed counterproductive.

The College Fix: Do you believe that the lack of intellectual diversity on campus has hurt the learning experience for students?

Professor Roth: The “echo chamber” effect is one that affects everyone, and is seductive for everyone, not just academics. It is natural to want to surround oneself with like-minded people, and to avoid the annoyance of being contradicted—especially by those one thinks are wrong. The idea of the marketplace of ideas was designed to combat this, even before the phenomenon was named. Academic freedom is important in ensuring that unpopular ideas are not suppressed but presenting divergent points of views is an integral part of it. The same applies as much to speakers as it does in the classroom. The marketplace of ideas, however, does not mean that all ideas should be treated equally, and this applies to politics as well. The university functions on the notion that facts and arguments guide us in seeking the truth. While we all enjoy freedom of speech, universities, and especially public universities, need to be aware that by teaching or sponsoring an idea, it awards the prestige of that institution, and in the case of the state, its implicit imprimatur. There are certainly ideas on the fringes of politics and ideology—an advocacy of slavery for example, or the denial of the Holocaust—which can, and ought to be, denied official sponsorship. The university would be, in my mind, correct in denying a campus forum to a representative of Al Qaeda or the Ku Klux Klan. In order to ensure intellectual diversity, however, we should interpret acceptable speech as widely as possible. The problem comes when every conservative is painted as a racist, then the university will deny the point of view of half the population students.

The College Fix: Why do other liberals rarely speak out on this issue? Are they genuinely opposed to having conservative viewpoints on campus (even if they are unpopular), or are they just afraid to speak out?

Professor Roth: Those on the radical left see themselves in a cultural war with the right. From their perspective, fostering a conservative point of view is tantamount to supporting the enemy. The number of such professors is small, but their impact is outsize, in part because of their activism, and in part because they are dominant in certain departments. The influence of the intolerant left is amplified by the growth of a professional class of university administrators, who are risk-averse and not committed to the free exchange of idea that is a vital part of traditional academia.

Racism and other types of bigotry are a problem on campuses, and universities need to have mechanisms for disciplining those who abuse their positions of trust. There are, however, those in the university who consider any challenge to their preconceived ideas to be a type of harassment or even racism. In practice, these charges rarely result in being fired, [but] the prospect does make even a tenured professor hesitant, and lecturers, who can simply not be rehired if seen as a “problem” even more so. While those on the far left often scoff at the idea, the chilling effect of what is now termed “Political Correctness” is real.

The College Fix: What of safe spaces and inclusion on campus? These topics are hotly debated in political circles, and many believe that they are harmful to the broader student experience on campus, because it shelters them from the “real world.” How do you feel about them? Professor Roth: There is a certain irony here, as the New Left began with the Free Speech movement, which opposed the common notion that the university function in loco parentis and was responsible for keeping students safe from radical ideas. There is nothing wrong with students seeking places among the like-minded—this is the purpose of fraternities and clubs. In addition, there are institutions that in my mind are appropriate, for example a Veterans center, which is certain respects can be seen as a “safe space.” There are inherent problems, however, which should lead to such spaces being minimized. There is truth to the argument that although students need to feel physically safe, one ought not feel intellectually safe, and there is a danger that creating these spaces does inhibit the student’s understanding of the “real world.”

In addition, inclusion for one group inevitably means exclusion for another. The biggest problem arises, however, when such spaces are politicized. Clinton supporters do not need to be made safe from Trump supporters, if Democrats are made to feel included, then Republicans necessarily feel excluded, and in the final analysis, a student does not have the “right” to be safe from a Trump bumper sticker.

The College Fix: You stated that, “In my view, to turn Marx on his head, the purpose of the university is to understand the world, not change it.” Could you elaborate on this statement? Professor Roth: I often tell my students that they come to university knowing everything, and leave knowing nothing. This is not literally true, however, but most students come to school being sure that the values and political ideas they grew up with are self-evident. This is as true on the right as on the left. Students need to be confronted with different values and experiences, as well as different academic arguments, in order to understand that the world is a very complex place, and that intelligent people can and should differ widely in how they understand it. The very ambiguity that we should be teaching, however, makes it hard to be an activist. This is true whatever the political ideology.

In order to support a candidate, for example, we naturally need to ignore faults and emphasize virtues. If we are supporting a revolution, as Marx did, this becomes even more important. What is a necessity in politics, however, undermines the mission of the university. The identification of academia with the left has encouraged conservatives to oppose public funding of universities, which is counter-productive for everyone.

The College Fix: Are you hopeful that fellow liberals may soon begin to realize the need for representation of all viewpoints on campus? How do you see this dynamic playing out?

Professor Roth: As noted, the problem in my mind is not liberals, as I understand the term. Those who are political and ideological radicals, of either ilk, are unlikely to be moved by rational discussion. Indeed, they are likely to see a movement toward inclusion of conservative views as a sort of invasion and increase their opposition. Liberals, however, and those in the political center, should rally around the traditional ideas of vigorous debate and intellectual rigor. This is going to be a real challenge for academics, and I cannot predict how it will play out

The College Fix: If you could tell conservative campus activists one thing, what would you say?

Professor Roth: One thing to avoid is creating a model of heroes and villains. Watchlists and legislative initiatives push liberals and the radical left together. Punishing public educators for being political liberal (and most are) is like punishing the military for being politically conservative. We need to see diversity of thought not as a right or left issue, but as a public good. Conservatives, like liberals, need to be prepared to make alliances, not to fight a culture war.

MORE: Freethinking profs – fed up with peers’ blind devotion to leftist tenets – launch their own website