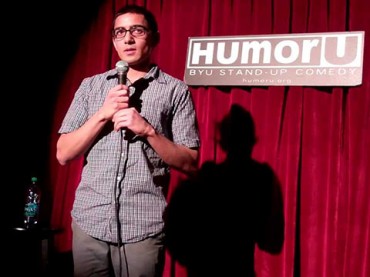 Humor is dying on campus – and it isn’t funny. Increasingly, jokes can’t be told, or laughed at, at least not without fearing backlash or a verbal lashing from the campus thought police.

As the old saying goes: “Grow thicker skin.” Or better yet: “Grow a pair.”

Thanks to a combination of identity politics, hints of moral relativism and the right to victimization, college students can no longer bare any unsavory joke, satire, or tongue-in-cheek comment. We’ve reached the dawn of humorless campuses, a tragedy.

“I like to think that all jokes are okay as long as it’s making the joke about society rather than about the victim of society,” a student from a humor group, Bloomers, told the student newspaper at the University of Penn.

In college, students are bludgeoned over the head with language like “inclusive” and “diverse,” every sentence that’s spoken from the mouths of students and faculty is expected to include all identities on campus—an impossible feat in the pluralist age. Students could use an opportunity to blow off some steam with a few laughs. Plus, comedy has always played on the plight of “victims.” They’re literally the butt of many jokes.

But recent examples illustrate such comedy is no longer tolerated on campus.

April Fools’ Day satirical articles in the University of Virginia’s Cavalier Daily were retracted after a backlash with accusations of racism. One mocked “themed” frat parties accused of racial undertones (think “Taco Tuesday” or “Islander Fun”). The other mocked police brutality. The headlines were: “Zeta Psi hosts ‘Rosa Parks’ party” and “ABC officers tackle Native American student outside Bodo’s Bagels.” The latter was a jab at a violent arrest of a black student at UVA by alcohol enforcement officers.

But rather than having a backbone, the Cavalier Daily self-flagellated itself: “We are embarrassed that our empathy for these immensely serious issues [in the black student’s arrest] was undermined by this piece. We had no intentions of victimizing another underrepresented community in the process.”

At the University of Michigan earlier this year, a hilarious satirical column that poked fun of the left’s victimization mentality ended up with the student author’s apartment door being egged.

The fact is, free speech and expression challenge the ideological basis of “safe spaces.” As Dan Savage pointed out, the “blizzard of special snowflakes” are out to protect their “identities,” hence why comedians like Chris Rock won’t visit college campuses anymore and there was pushback of Bill Maher as commencement speaker.

As Rock pointed out: “You can’t even be offensive on your way to being inoffensive.”

If progressives feel as though satire doesn’t fit their agenda, they slap a big “RACIST” sticker on it, say it’s not funny or offensive, and have it abolished.

But not every distasteful joke is rooted in systematic racism or micro-aggressive oppression.

It’s April, so lighten up, buttercup. Because what’s worse than being unabashedly and illogically illiberal? Not having a sense of humor.