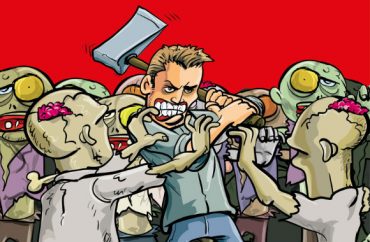 A mere two weeks after the United Nations unanimously demanded that Israel stop building settlements in eastern Jerusalem and the West Bank, the Jewish homeland got a small break.

The Modern Language Association (MLA) voted down a boycott, divestment, and sanctions (BDS) resolution against Israeli universities, the third major academic association to reject anti-Israel measures in the past two years.

The failed vote at the Delegate Assembly earlier this month, which followed growing tensions between the United States and Israel, was the culmination of at least two years of organizing by some MLA members to condemn Israel.

Some of the leading opponents of the resolution told The College Fix how they stopped it, and why they’ll have to stay vigilant for the foreseeable future.

Russell Berman, a professor of comparative literature and German studies at Stanford University, said he was very concerned the resolution backers would push it through.

“[T]he boycott supporters have been able to stack the Delegate Assembly with their supporters” for years, he said in an email: “That is why they have been so shaken by their defeat.”

Not only did BDS supporters lose, but the assembly approved a competing resolution urging other associations to not endorse boycotts of Israeli universities.

Berman said he and allies successfully argued that literary scholars should “avoid a politicization of scholarship,” and that those who want to influence the Middle East would commit an “anti-intellectual act” by boycotting those institutions.

It isn't possible to only penalize institutions without also harming the careers and experiences of the people in them. #MLABoycott17 #MLA17 pic.twitter.com/O670qaTAGN

“BDS is on a big losing streak,” he continued, calling those associations that have supported BDS “marginal and insignificant.” The lesson for BDS opponents is “rational, consistent and systematic resistance can defeat intemperate radicalism.”

But Berman doesn’t see anti-Israel MLA activists taking the hint, comparing them to the zombies in the TV show The Walking Dead. In a phone interview, he also compared them to “Hollywood actors getting more political as their careers fade” so they remain relevant.

Israel’s real sin in the eyes of these MLA activists, according to Berman, is being an ally of the United States, which to them “is the source of all evil in the world.”

Voter apathy is what worries Rachel Harris, assistant professor of Israeli literature and culture at the University of Illinois Urbana-Champaign. She organized the floor fight at the MLA convention against the boycott measure, which preceded a coming vote by all members.

“Historically, low turnout among MLA members has meant that only 2 of the last 6 resolutions have met the 10% quorum” following an assembly vote, Harris said in an email.

“My concern is that if MLA members fail to vote to support the resolution against academic boycotts” – the one that passed at the assembly – “boycott supporters will assume they have a license to propose future boycott resolutions,” she said.

The Modern Language Association and the 2017 Vote on the Academic Boycott of Israel https://t.co/k5mAjDxvhV https://t.co/F993hy2yFB

Harris thought the boycott organizers at the Delegate Assembly were “surprised to find so many faculty members resistant” to their idea, which was fundamentally “anti-intellectual.”

The anti-boycott resolution passed because of its embrace of “the larger ideals” of the MLA, “to support the free exchange of knowledge” and “create empathy and further scholarship” across borders, according to Harris.

Facing headwinds of a ‘much more politicized’ discipline

The boycott advocates had the upper hand “because the MLA only distributed the case in favor of the boycott resolution,” said Cary Nelson, who is Harris’s colleague at UIUC.

Nelson co-edited the book The Case Against Academic Boycotts of Israel, to which Berman and Harris both contributed. He also wrote an essay accusing the MLA of “disinformation” regarding the boycott and laying out the case against the proposal.

“We had to assemble the case against, gather faculty email addresses, and send out a counter-argument,” all while contending with the headwinds of English as a profession, which “has become much more politicized and anti-Israel in recent years,” he said.