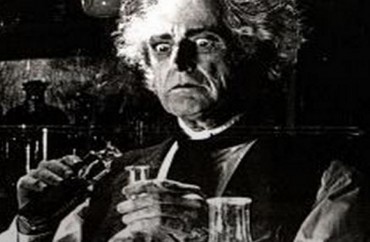 ‘This was definitely a win against overzealous PC culture’

Student government leaders at a private Southern California college recently refused to help fund a campus party with a mad scientist theme because, they claimed, its name – “Mudd Goes Madd” – was offensive to those with mental health struggles.

But students with mental health struggles denounced the decision, lambasting campus leaders for daring to presume they were too fragile to handle it.

The party went on Saturday as planned at Harvey Mudd College, its original name unchanged, with some on campus calling it a victory against political correctness.

“[Autism Spectrum Disorder] is a very serious issue, but treating me like I’m five years old and trying to protect me from every possible trigger doesn’t prepare me for the real world,” one student stated on Facebook.

Most of the opposition to the funding decision took place on Facebook in comments on the party’s page.

Another student wrote the decision was “patronizing” and a third added “I have anxiety and my closest friends have depression. I think the name is clever and fun,” according to screenshots obtained by The College Fix.

Another student told the Claremont Independent, which first reported the story, that: “I am actually bipolar and I am offended that people infantilize the whole issue of mental illness by suggesting we should be protected from anything that could damage our ‘fragile’ psyches.”

The situation unfolded at Claremont Colleges, a consortium of five private undergraduate liberal arts colleges in Southern California. The “Mudd Goes Madd” party was hosted Saturday at a dorm at Harvey Mudd College, a Science, Technology, Engineering and Math-based school. The theme was a bunch of mad scientists from Mudd, or “Madd” scientists.

The party was meant to serve students from all five colleges, but student government leaders at another campus in the consortium, Pomona College, refused to pitch in.

A statement from the Associated Students of Pomona College posted on Facebook explained its rationale, stating in part: “We are disappointed at your choice of the name for the event, as well as your rationale for allowing the name ‘Mudd Goes Madd.’ Your disregard of the concerns of the mental health community and their allies trivializes issues that we deem extremely important to our community. Further, the exclusion of the mental health community in the discussion of allowing the event name is inappropriate.”

That the party went on as planned has some students in the consortium calling it a victory against political correctness.

“This was definitely a win against overzealous PC culture,” student Steven Glick said in an email to The College Fix. “Students at the Claremont Colleges are tired of having their freedoms compromised in order to avoid upsetting certain groups of students, and the students that the PC police think they are helping are fed up with being told that they are too weak to hear certain words. We’re in college-people here want to be treated like adults, not like kindergarteners.”