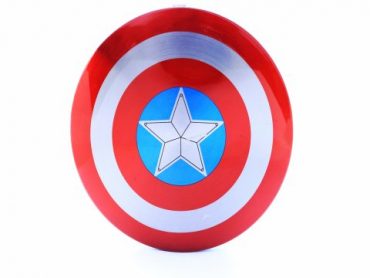 Which seems quite, well, odd given Spencer’s far-left politics and hatred for all things conservative/Republican. As confirmation, readers and fans on Twitter and elsewhere couldn’t figure out whether to take the writer’s latest creation, the “Bombshells,” seriously or not.

The Bombshells show up at a college to thwart an appearance by what Heat Street’s Ian Miles Cheong calls an amalgam of right-wing provocateurs Lauren Southern and Milo Yiannopoulos (although the woman’s name is Ariella Conner which indicates to me that she is more a reference to Ann Coulter … but why split hairs). They’re a sort of superpowered version of what we witness at colleges when such speakers are invited.

Their introduction panel is completely over the top: “Your oppressive hate speech will no longer go unanswered!” says one of the Bombshells. “Yeah — this campus is a safe space!” exclaims another.

But guess who else is in attendance at Ms. Conner’s discussion? The new Falcon, who’s an illegal immigrant and is pissed off at Conner’s views on that very subject, and fellow superhero Rage, a character from the inner city who’s been around since 1990 (and was recently utilized by Spencer to help lecture us peons about police brutality). (Sidebar: The old Falcon is Sam Wilson, who is now one of the current Captain Americas along with the original, Steve Rogers. Capisce?)

That’s right — this is what Marvel’s “superheroes” do these days: Show up at conservative events to confront speakers about their views.

But even these heroes recognize they can’t allow wanton violence to occur when someone is merely talking, even if they hate the speech. So, they go to confront the Bombshells, who’re still spouting stereotypical SJW-isms:

The heroes quickly dispatch of the ‘Shells, and afterward Sam Wilson/Captain America shows up and has to restrain the Falcon from Ariella Conner who had just complained about being caught between “left wing zealots”: “I just saved your life!” Falcon yells at her. “You better be thankful I took some white superhero’s job or you’d be like vaporized right now!”

(One can see what Spencer is doing here — an illegal Mexican “taking a job a [white] American won’t do” — but in his zeal to get the political and racial jabs in, he must have forgotten that this new Falcon actually took a black man’s job — that of Sam Wilson himself.)

It’s easy enough to figure why readers/fans couldn’t immediately tell if Spencer was mocking campus SJWs with the Bombshells, or if they were supposed to be legit. Ever since taking the reins of Captain America, the former Cincinnati Democratic Party operative and “polarizing figure” routinely utilized the progressive issue du jour to bash conservatives.

Cap’s greatest enemy, the Red Skull, was used as a vehicle to lambaste those who are against illegal immigration and desire careful vetting of war zone refugees:

In a nod to Black Lives Matter, Spencer had a swarm of robotic drone “police” hunt down minorities in the inner city. But the biggest controversy involved the writer turning Captain America himself into … an agent of Hydra. In fact, Heat Street’s Cheong says the backlash over this move is what prompted him to create the Bombshells in the first place:

“The Marvel writer is clearly lashing out at his critics, perhaps unaware that his comics make him sound exactly like the social justice trio he created to be satirical—especially with his narration.”

So, yeah … it’s easy to see why folks would be puzzled.

And it’s not just Spencer, mind you. He’s just a part of the current Marvel mindset. Here’s what we’re dealing with:

@douglasernst I can’t believe I’m going to have to make a video explaining my position because this panel isn’t enough. pic.twitter.com/wrrlLe1pxk

This is from an issue of Squirrel Girl (yeah, I know), and on the right is a villain called the Mole Man, the Fantastic Four’s very first villain (from 1961). This is a guy who’s tried to wipe out all life on the Earth’s surface more than once … but apparently we just “misunderstood” his point of view the whole time. Meanwhile, this same courtesy is not extended to political conservatives; in their case, Marvel’s heroes show up to give ’em a piece of their mind!

In addition, because it isn’t enough that Thor, Captain Marvel, Wolverine, and now Iron Man are all females, Marvel has dug in on the “underrepresented gender” narrative even further by parroting academia’s concern over the lack of XX chromosomes in the study of science.

The new Unstoppable Wasp will be “putting together her own lab full of girl geniuses like herself” — a lab which is called G.I.R.L. for “Genius In action Research Labs.” Because, as title writer Jeremy Whitley says, “It’s important to us [as] the question of recruiting more women in to STEM fields is not unique to comics. A number of girls who are full of potential are either actively or passively discouraged from continuing their science studies.”

If Marvel wanted to play it down the middle, they’d also do up a title called The Prodigious Pedagogue about a 15-foot-tall male elementary school teacher complete with the byline “Because being a giant doesn’t make up for the lack of male representation in our schools.”