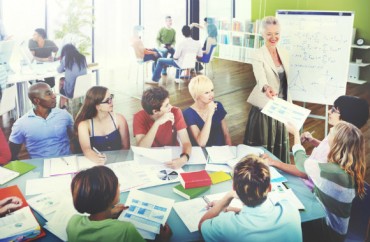 Guaranteed jobs program for women and gender studies, black studies and others

The University of Missouri is working on a “diversity requirement” that could be imposed on all 6,000 freshmen and require “an army” of teaching assistants (TAs) to implement, by the reckoning of the committee developing it.

Its aim? To socially engineer students to think and behave in certain ways related to race and culture, and have its TAs “export” the program to other universities when they get faculty jobs.

The “cultural competency proposal” was posted last week among a slew of updates to the Mizzou Transparency portal, which itself was created this spring to provide updates on the administration’s diversity-related initiatives.

About two hours from the chaos of racial unrest in Ferguson, the university itself was recently accused of fostering an atmosphere of racism by its student body president.

Payton Head wrote on Facebook Sept. 12 that “some guys riding on the back of a pickup truck decided that it would be okay to continuously scream NIGGER at me,” blaming “THIS university” for “making me not feel included here” both as a black and gay man.

WARNING: EXPLICIT LANGUAGE: I just want to say how extremely hurt and disappointed I am. Last night as I walking…

The post went viral. When Chancellor R. Bowen Loftin responded in a public letter five days later, stating that “one incident of bias is too many,” he told the community to look at the updates to Mizzou Transparency.

“We still have a tremendous amount of work to do, and I challenge everyone at Mizzou to stand against acts of bias and discrimination,” Loftin wrote.

The proposed new component “within the academic curriculum” is being devised by a committee led by Angela Speck, a professor of physics. It would include input and material from several different academic disciplines, and take several years to fully implement.

Under the initial proposal dated Sept. 15, Mizzou would launch a pilot study of an existing course, “Experiencing Cultural Diversity in the United States,” which is offered each semester and may be used to satisfy part of the general-education requirement.

The course’s purpose, according to the course catalog, is to “increase the understanding of intersections of multiple group identities.” It has a limit of 30 students.

Speck’s pilot study would test the course’s efficacy in changing students’ attitudes and behaviors on diversity issues. It would expand from the current two sections a semester to 20, so as to recruit roughly 600 students.

“Unless the only point is PR, there is no point in implementing such a large project unless there is reason to believe that it would change attitudes and behavior, and unless there is very specific guidance about what course activities would be most likely to lead to change,” the proposal states.

Speck is soliciting “thoughts, feedback and concerns” on the proposal page.

Nothing short of ‘a massive influence on undergraduate education,’ and more

The proposal is unabashed in its aims: not only changing how students think and behave, but making its participating TAs “extremely marketable” for future faculty positions where they will “export the program,” and having “a massive influence on undergraduate education, and even high school education, throughout the country.”

It would resemble a congressional appropriation that crosses several districts, creating a small but vocal group of beneficiaries that advocates for the program’s continued funding.

The proposal envisions the diversity requirement as a massive jobs program that will prop up departments across the university.

Because the College of Education likely doesn’t have enough TAs to supply on its own, the program would need to recruit TAs in sociology, anthropology, women and gender studies, black studies, philosophy, political science, German and Russian studies “and beyond.”

The requirement could also lead students who don’t know what they want to study to consider majors “that relate to diversity, culture or social justice,” the proposal states.

200 classes and dozens of new TAs

Should the pilot study find the existing course effective, Speck proposes a dramatic scaling up of its size and scope, making it mandatory for all incoming freshmen.

The course would expand to 200 sections within “a couple of years” and require “an army” of 40-50 TAs, with “at least one coordinator” to oversee the whole affair. (The proposal repeatedly describes the needed TA workforce as an “army.”)

“Not only will this bring in diverse academic perspectives on topics taught, but will provide a unique peer community for these graduate students and will spread around financial support for graduate students to many colleges and divisions,” the proposal states.

Eventually the themes of cultural competency, inclusivity and diversity would be threaded through “higher-level courses across all disciplines,” helping departments that might lose “general-education enrollment” to get back those students in other courses.

There’s no mention of an estimated cost for the “army” of TAs, and the Office of the Provost did not respond to inquiries about the potential fiscal impact on either university outlays or tuition.

Neither is there a definitive timeline for the rollout of the pilot study program. Speck told The Fix she was out of town this week and not available to answer questions.

Burdensome for students and expensive

Though Mizzou’s efforts to fight racism and foster diversity have typically fallen short for student activists, others aren’t convinced that a massive expansion of the diversity curriculum would be either a proportional or effective response.

Ian Paris, president of Young Americans for Liberty at Mizzou, took issue both with the characterization of the campus as racist and proposed measures in response.

He believes “the majority of students were not racist, and were sensitive to racial disparities,” Paris told The College Fix in a phone interview.

Paris pointed to the near-ubiquitous positive response to the troubling Facebook post, by student body president Head, as evidence that the student body was already actively engaged in combating racial discrimination on campus.

Existing organizations, including the Multicultural Center and the black and women’s studies departments, can be better utilized to combat incidents of racial bias, Paris said. An onerous and expensive new diversity requirement on freshmen won’t be as effective, he added.

The Mizzou chapter of the College Republicans did not respond to an inquiry sent through its Facebook page.