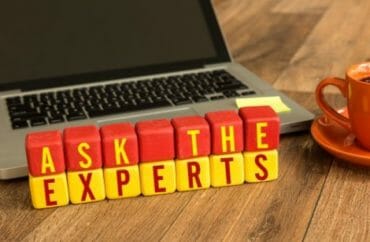 As could be predicted, the Trump administration’s scrapping of Obama-era school discipline guidelines is being portrayed as nigh apocalyptic by the mainstream media and liberal education “experts.”

With Trump’s annulment, no longer will so-called “disparate impact” statistics alone be grounds for investigations into alleged racially discriminatory discipline actions on the part of schools.

For the Washington Post Editorial Board, the guidelines retraction did away with “properly prodd[ing] schools to examine disproportionate discipline rates for black students” and the reminder that they’re still “accountable for violations of federal civil rights laws.”

The board also blasts the (Trump) administration for turning schools into “fortresses” (i.e. training school personnel on firearm use) while not taking more concrete actions such as universal gun background checks and a ban on military “assault” weapons: “[U]sing school shootings that have been perpetrated by angry young white men to justify punishing black schoolchildren disproportionately is particularly base.”

National Education Association President Lily Eskelin Garcia jumped on that point, claiming the Trump administration “was using the risk of gun violence to strip students of their civil rights.”

At Philly.com, Reynelle Brown Staley of Philadelphia’s Education Law Center-Pennsylvania says the dismantling of the 2014 guidelines “communicates that the federal government is no longer interested in protecting the civil rights of students.” She adds that “it’s troubling to know that if you find that your child is being subject to unfair discipline because of their race or disability status, you can no longer go to the U.S. Department of Education.”

But is this true?

As previously reported by The College Fix, Heather Mac Donald points out that it is “fanciful to think” the highly disproportionate crime rates of black male teens “would not also affect classroom behavior.” In addition (emphasis added),

[t]he inclusion of a measure of prior problem behavior reduced to statistical insignificance the odds differentials in suspensions between black and white youth […] our results indicate that odds differentials in suspensions are likely produced by pre-existing behavioral problems of youth that are imported into the classroom, that cause classroom disruptions, and that trigger disciplinary measures by teachers and school officials.

Further, former US Education Department official Hans Bader wrote last year that Obama’s discipline policies led to increases in school violence and general school disorder, both of which affect minority students the most: “Nonelementary schools where more than 90% of students were minorities experienced the worst effects on school climate and safety.

“Indeed, the harm from curbing suspensions had a disparate impact by race and socioeconomic status.”

The Philly.com piece concludes with a couple of city students who, as you’d expect, criticize Trump’s rollback of the 2014 guidelines, and they invoke a general desire for schools to “support” students better. But one big way to assist students is by giving teachers a means to remove those who are chronically disruptive. School is a place to learn first and foremost. While there are places, certainly, for counseling and remediation within a school walls, they should not be educators’ main focus, especially in classrooms … and most especially at the expense of the vast majority of (well-behaved) students.

MORE: Teachers are NOT racist because of disparate discipline rates