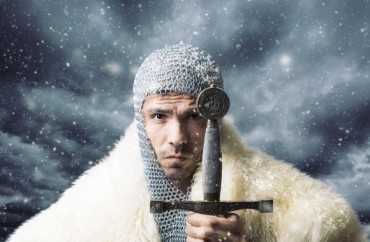 ‘The Unbearable Whiteness of Medieval Studies’

A growing concern among Medieval Studies scholars is that the field is too dominated by white, male scholars who appreciate its link to Christian values and the fact that it’s been somewhat resistant to identity politics changes seen in other humanities departments.

The issue has been compounded by the concern among Medieval Studies scholars that white supremacists and the alt-right have co-opted crusade themes in memes to push for violence against Muslims and people of color.

Currently some scholars are planning a “Crusades and Alt Right” symposium this October to discuss the issue, an effort led in part by Virginia Tech medieval studies Professor Matthew Gabriele, who has argued the crusades have been misunderstood and misused throughout history to advance xenophobic nationalism.

Hundreds of Medieval Studies professors have also signed their names to a petition calling on the International Medieval Congress to create “a statement about the value, importance, and necessity of diversity in medieval studies.”

The unease came to a head recently after many scholars attending the annual International Medieval Congress complained that the panels were too dominated by white males, and a moderator made a tasteless joke about sun tanning and race, the Chronicle of Higher Education reported. 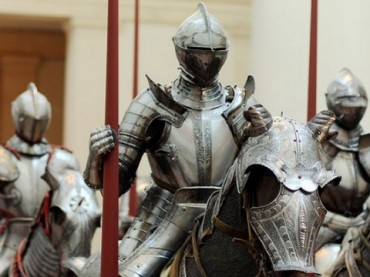 “The criticisms of the conference’s diversity stem from problems in medieval studies for decades — that it is still too Eurocentric, male-dominated, and resistant to change. But as the medieval era has become increasingly prevalent in rhetoric used by white supremacists to advocate for a return to racial, ethnic, and religious purity, many nonwhite medievalists are feeling a new urgency to combat the stereotypes that accompany the field,” it reported.

International Medieval Congress organizers, for their part, have publicly apologized for the ill-advised joke in an online statement, and have pledged they are “listening to the complex and ongoing discussions surrounding both the IMC and medieval studies as a whole.”

Meanwhile, not all Medieval Studies scholars agree there’s a crisis.

Andrew Holt, a professor of history at Florida State College at Jacksonville and an editor of three books on medieval and religious history, told The College Fix that the “vast majority” of medieval historians he has talked with about the conference “think the response has been overblown in a number of ways.”

Holt did not attend, but said “the community of medieval historians that I know personally is remarkably tolerant, and sensitive to issues of racism and sexism. So much so that such academics are often ridiculed by the public for their very sensitivity to such issues.”

As for Professor Gabriele’s contention that the crusades have been misunderstood and misused throughout history, one of his peers has published a strongly worded rebuttal.

Daniel Franke, a professor of history at Richard Bland College of William and Mary, wrote on his blog Aug. 7 that Gabriele’s assessment “misrepresents what many historians actually think about the Crusades and creates a narrative that winds up rewriting the past.”

Franke argues the first crusades were a defensive response to Middle Eastern invasions on Christian lands, and to say otherwise distorts the truth.

“Ironically, rather than having a positive impact, the essay actually serves as a recruiting tool for the white supremacists we all oppose, and feeds Republicans’ distrust of academia,” Franke continued.

“… Once casual readers, students, or potential ‘white nationalist’ recruits pick up just about any book on the medieval Crusades and see that most medieval historians, and the sources themselves, discuss the First Crusade as a reaction to Turkish aggression, and many subsequent crusades as reactions to counter-offensives or further invasions, not only will Matt’s essay be perceived as ‘hiding’ or ‘distorting’ the truth, but the rest of our jobs will become that much harder.”

In an email to The College Fix, associate professor of history at the University of Chicago Rachel Fulton Brown also weighed in on the issue.

“Based on my defense of chivalry as an ideal and my commitment to teaching Western civilization as the source of those things which even they profess to value (tolerance, separation of Church and State, women’s rights), these colleagues have spent the past year and a half labeling me a ‘white supremacist,’” she said.

As for this latest Medieval Studies debate, she called the claim that the field has not been racially inclusive “disingenuous,” and said the only reason these complaints are effective is “because the field prides itself on being open to ‘Otherness.'”

The term “Middle Ages,” she added, has been “expanded in recent decades to mean ‘the period in world history corresponding with the Middle Ages in Europe.'” She said these world comparisons are deeply studied within the field, and always welcome in the discussion surrounding the Middle Ages. One of the attractions of the field for most is the freedom it allows one to “think across civilizations and cultures,” she said.

Ultimately, Fulton Brown said, “the issue currently is: to wit, colleagues in Anglo-Saxon studies (Old English) in particular are anxious that not enough non-white people want to study Anglo-Saxon.” It’s a phenomenon she’s dubbed “The Unbearable Whiteness of Medieval Studies.”