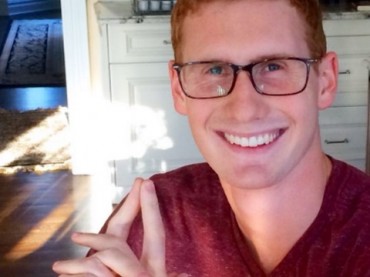 Being loyal to one’s morals can be extremely difficult in a college environment, a hook-up culture riddled with alcohol, parties, drugs, and one-night-stands. But Thompson said it’s an atmosphere that repulses him.

“The modern day college hook-up culture seriously skews what people are supposed to expect out of a real relationship,” he told The College Fix. “It takes the novelty out of the physical aspects of a relationship.”

Thompson doesn’t just shun the hook-up culture, he serves as a role model to his peers on how to stand against such pressures. He is an executive board member with Cornell Faith & Action, which provides in-depth study of scripture, fellowship, and support for Christian and non-Christian students alike.

“I admire that he is true to his beliefs, and isn’t afraid to stand up  for what he believes is right,” said friend and classmate Laura Gundersen.

Thompson was recently crowned the most gentlemanly undergrad in the nation by the Network of enlightened Women, a nationwide conservative campus organization. Thompson earned the most votes in the college category from among 50 contenders.

“A defender of his values and a leader by example, Brandon is very deserving of NeW’s title of Gentleman of the Year, and he makes it is clear that we need more young gentlemen like him,” the group’s leaders stated.

In an interview with The College Fix, Thompson said he attributes a large portion of his gentlemanly demeanor to his upbringing, saying his parents instilled in him traditional Christian values from a very young age. “They worked so hard, but still made sure to set aside time for family,” Thompson said of his parents. “They always support me in everything I do, and have made me who I am today.”

Thompson also servers as chairman of the Cornell College Republicans, another leadership position that he says he uses to show that standing up for one’s beliefs is important in the face of challenges. Asked who his role models are, he cites Winston Churchill, noting how the war hero took on adversity and turmoil head on.

Speaking of leadership, he is also captain of one of Cornell’s club soccer teams. The large amount of leadership positions he holds also is a prime example of how his peers recognize his leadership skills.

Yet through it all, he remains humble.

“I was very surprised when I heard that I won,” he said, adding he does not attribute the win to himself, but to all of the support he received from his friends and family. “The amount of people that supported me was overwhelming.”

His advice for male peers is to “be yourself.”

Of all the activities he is involved is, leadership positions he holds, and academic achievements he has earned, it is the opinion of many that it is the way he cares for and about others that makes him a true gentleman.

“Brandon’s selection as Gentleman of the Year shows that young people on college campuses and in society in general are increasingly aware that gentlemanly behavior hasn’t gone out of style,” said NeW President Karin Agness.