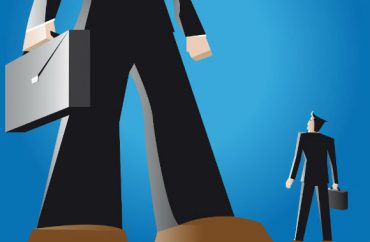 If they can’t regulate classroom discussion, it should be in writing

The University of Northern Colorado’s team (recently disbanded) got an adjunct professor in trouble (and possibly not rehired) for a classroom discussion in which he played devil’s advocate.

The University of Oregon’s team had a sitdown with the campus paper because it didn’t publish enough transgender stories.

And newly revealed incidents investigated by the University of Vermont’s team suggest that workers aren’t allowed to enforce rule violations if one demographic feels disproportionately targeted. The only reason we know anything about UVM’s bias response team in action is because Aaron Kindsvatter, a tenured professor of counselor education, has been sounding the alarm on its broad powers for the past few weeks.

Just this week UVM felt compelled to release a list of the team’s investigations to alt-weekly Seven Days, to show that it’s benign – but the administration still hasn’t responded directly to Kindsvatter, he told The College Fix in an email Wednesday.

“I am confused as why the administration seems reluctant to add the qualifier that the BRT does not interfere with class discussions to the current description of the BRT scope of practice,” he said. “If that is the case, why is that not reflected in the current BRT policies?”

He’ll be upping the ante by discussing the team’s language and scope at his union’s meeting Sept. 30.

In late August, Kindsvatter sent a lengthy open letter “to all of our tenured faculty, our student news paper [sic], our local newspaper, a listserv for the students in my program, and a national listerv,” as he told The Fix in an email earlier this month.

“My goal is to reach all students at the University of Vermont in order to enact a policy change with regard to the Bias Response Team language which I think is contributing to a ‘chilling effect’ on campus,” he said.

Later published by Heterodox Academy, Kindsvatter’s letter said he was spooked by the University of Northern Colorado investigation and felt compelled to warn the UVM community about its own bias response team.

He said that being exposed to bias was the inevitable result of “open inquiry” in a university, and that students and faculty must “reject the notion that ideas and violence are synonymous” if they want to resolve disputes with words and not violence.

The bias response team itself acknowledges that it has an “intentionally broad” definition of bias – “a personal inclination or temperament based on unreasoned judgment or belief.”

The practical result is that any expressed thought, from any viewpoint, on a “sensitive social issue that is not expurgated to the point that it is leeched of meaning” can be (anonymously) reported as bias, and the speaker investigated by UVM, Kindsvatter said.

He said that other schools’ teams have “interfered with pursuit of critical inquiry and the benevolent exchange of views into issues around social justice and diversity,” and asked his audience to consider the contrasting model promoted by the University of Chicago.

Kindsvatter even told them to contact UVM’s dean of students if they preferred the Chicago model:

If you do so, you may wish to inquire as to who is presently in charge of determining if a belief or judgment expressed in a University of Vermont classroom is unreasoned, and what that person’s qualifications to do so are.

The response to this rather bold move against his own administration?

Kindsvatter told The Fix he had received supportive comments from UVM alumni and faculty at other schools (who are not tenured and wary of being named), but little feedback from his own colleagues at UVM and crickets from administrators.

A colleague from a university in the South told Kindsvatter that he was worried about the “chilling effect,” which he has seen firsthand on his own counseling listserv and in his classroom:

I personally ascribe to secular humanist beliefs that would probably be considered “good” multicultural/inclusive practices in counseling, and congruent with the dominant narrative in higher education.  With that being said, I am concerned by what I perceive to be a shrinking space for those with alternative viewpoints to safely share their ideas.  In an effort to create “safe spaces” (i.e., which are based on secular humanist beliefs that are inclusive and devoid of potentially triggering material) academic communities are becoming increasingly unsafe places to express alternative or contrary viewpoints.

When the Seven Days alt-weekly started poking around UVM, Kindsvatter finally got an administration reaction.

Officials told the paper that its seven-member team – which includes the deputy police chief – only reviews pre-sorted and relevant incidents once a month, and it does not review “classroom content”:

“The team approach and philosophy is that of educating and promoting further dialogue, and making appropriate referrals to other departments,” [spokesman Enrique] Corredera wrote in an email. “The team does not act as a sanctioning panel.”

Annie Stevens, vice provost for student affairs, doesn’t think the team’s mission needs different wording, and the university “certainly upholds freedom of speech rights,” so it doesn’t need to put that in writing: It strives to be “a very respectful and inclusive community.”

Judge for yourself based on the somewhat vague incidents that UVM turned over to Seven Days:

A student group went to “social justice training” because one member used the N-word in an email; that person was suspended from the group for a semester, “wrote an apology letter” and met with staff from UVM’s nonwhite student center In other incidents – two other N-word uses and a sidewalk swastika – no culprit was identified, and another report was simply a suggestion that UVM should change all “gendered” spaces to gender-neutral, which “UVM is studying,” according to Seven Days.

It should be noted here that Kindsvatter isn’t a conservative rabble-rouser like Vanderbilt’s Carol Swain or UNC-Wilmington’s Mike Adams: He told Seven Days he’s voting for Hillary Clinton while calling himself a “recovering progressive.”

He’s just a guy who wants his union to adopt the University of Chicago’s academic freedom statement and rein in the BRT. As he told students in a classroom discussion about his open letter:

Free and open discussion is the best way to attack bad ideas, Kindsvatter said. UVM’s system, he continued, “is begging to be misused by people who have an ax to grind.”

MORE: Professor self-censors to get out of ‘bias’ meeting quickly

UPDATE: Due to miscommunication, the original article included comment from a source who did not consent to being named. That person’s identity and content have been removed.