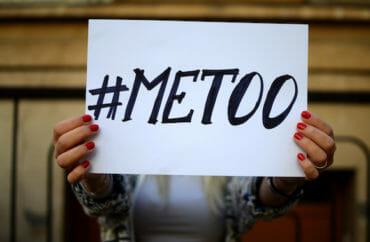 Says KKK and neo-Nazi’s are not ‘universally disliked’

A University of Miami law professor argues that any criticism of the #MeToo movement is “seductive fraud,” while suggesting that the Ku Klux Klan and neo-Nazi groups are not universally disliked.

Mary Anne Franks wrote “Witch Hunts: Free Speech, #MeToo, and the Fear of Women’s Words” in the student-edited University of Chicago Legal Forum. In the lengthy article, she argues that the phrase “witch hunt” existed only as a means for men to silence women.

The phrase came about out of the Salem witch trials and is used as a means to shut down the free speech of women, according to Franks. The modern case is the #MeToo movement, which has seen thousands of women share stories of sexual harassment and assault on social media.

The movement was criticized for going too far and lowering the bar for what qualified as sexual assault and harassment, and certain critics used the term “witch hunt” to describe it. Franks says the use of the term is the silencing of women by white men.

“[T]he very term ‘witch hunt’ has been energetically and ironically repurposed to convey the persecution and silencing of men by women,” Franks writes. “In this Orwellian inversion, women’s speech about men’s abuses is characterized as a dangerous form of censorship, while men’s criticism of that speech is characterized as a brave refusal to be silenced.”

She continues: “Whether women are cast as witches who must be burnt or witch hunters who must be stopped, their speech continues to be feared and repressed rather than celebrated and protected.”

The article appears to be from the new 2020 edition of the journal. As of Monday afternoon it is not mentioned on the journal’s home page, which shows the 2019 edition – also about #MeToo – as the most recent.

In yet another of her bizarre polemics, MAF argues that we should applaud #MeToo as an exercise of women's free speech and ignore any commentary as to substance, or free speech is a "seductive fraud." https://t.co/FQTNCHMoSp

Franks cited First Amendment jurisprudence on freedom of speech throughout her article, noting the ACLU’s history of defending the free speech rights of neo-Nazis and the KKK, but stopped short of supporting it. The ACLU, she said, supports the legal rights of fringe groups because “the people whose opinions are the most controversial or extreme are the people whose rights are most often threatened.”

But in the next sentence, the University of Miami law professor claims that there is “no evidence” that the KKK and neo-Nazis are “clearly neither universally disliked nor singled out for official discrimination. Indeed, what these groups tend to have in common is that they target truly vulnerable groups, such as women and minorities.”

The College Fix has reached out to Franks seeking clarification on her comments and what she would consider “universal dislike” of the KKK and neo-Nazis.