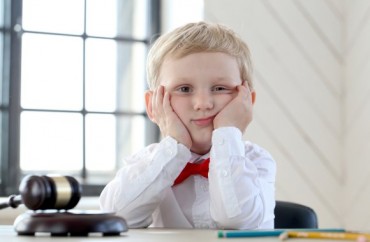 Eight middle school “climate activists” in Washington State are working in conjunction with the Western Environmental Law Center to sue the state “about why the state Department of Ecology should reduce carbon emissions 80 percent below 1990 levels by 2050.”

If Washington fails to do this, they argue, it could lead to “intergenerational inequalities.”

Wow, only in their early teens and they already have contemporary college-speak down pat.

Gov. Jay Inslee intervened and held a conference with several of the students, who “asked him to direct Ecology to promulgate a rule,” Rogers said, and the governor later requested the department enforce the 2008 limits. But Rogers and company weren’t satisfied, and decided to press their case in court.

“The leadership needs to say, ‘We’re taking action that is grounded in science,’” Rodgers said. “Unless and until Ecology says that, then these kids will keep fighting.”

Shirey also pointed out there’s no legal mandate for the state to listen to the kids, according to King 5.

Students, on the other hand, believe that if Washington doesn’t change its polluting ways, the world will flood.

Young Mandell added, “We’re going to live in this world. It’s our constitutional right to have clean air and clean water.”

He might want to ask his civics teacher about that last part.