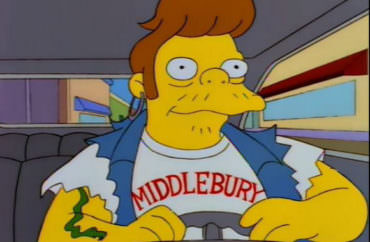 The administration has released an “interim” policy for “scheduling events and invited speakers” that incentivizes violent protests against speakers who are invited to campus.

Following a section that lays out a “risk assessment” to be performed and reviewed in the event that a speaker is likely to be confronted with “threats or violence,” the policy says:

In those exceptional cases where this review indicates significant risk to the community, the president and senior administration will work with event sponsors to determine measures to maximize safety and mitigate risk. Only in cases of imminent and credible threat to the community that cannot be mitigated by revisions to the event plan would the president and senior administration consider canceling the event.

Speakers will not be allowed on campus if groups on campus say they will shut down the speaker. Midd will actually legitimize hecklers veto

Middlebury Provost Susan Baldridge doesn’t mention the attack on Murray and his faculty interviewer Allison Stanger, whom protesters sent to the ER with a neck injury, in her Friday statement on the interim policy.

It’s portrayed instead as a response to “the tragic events this summer in Charlottesville and other recent threats to the safety of college and university campuses.” Baldridge does not attempt to explain how the “imminent and credible threat” provision would not functionally invite the heckler’s veto for any event that deeply offends one or more students or community members.

MORE: Dozens of Middlebury students punished in some way for Murray melee

Robby Soave at Reason reminds the Middlebury administration that its “exceptional cases” limitation would not have seemed to apply to the lecture last fall by Murray, whose most recent work (“Coming Apart”) is widely respected and long-ago work (“The Bell Curve”) is debatable but not beyond the pale:

If protesters who oppose a certain speaker know that Middlebury will shut down the event if they threaten the community, this gives them an incentive to issue such threats. …

The views Murray intended to articulate at Middlebury last year were perfectly conventional. He’s no [anti-feminist provocateur] Milo Yiannopoulos—and in fact, he has specifically refused to share a platform with the former Breitbart writer. And yet students resorted to explicit violence to silence him. 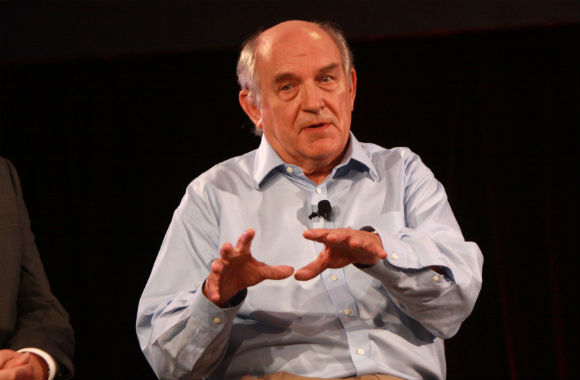 Adam Goldstein, legal fellow at the Foundation for Individual Rights in Education and former lawyer at the Student Press Law Center, tells Soave the interim policy “leaves open the possibility of censorship.”

Not only does it not define what a “threat” is, the policy does nothing to stop administrators from demanding hefty security fees from event sponsors in response to a heckler’s veto, which would chill speech, Goldstein says.

(2) Point 6 almost certainly would have been enough to block @charlesmurray speech (or something like @HMDatMI speech at Claremont). pic.twitter.com/OH0Bcwfcdu

The words under point 6 sound good, but the Murray incident showed that violence-prone protestors can easily create "threat to community." https://t.co/K80EgSAn3U

Maybe, but it can just as easily be read as encouraging protesters to be as disruptive as possible to recreate a Murray-like scenario. https://t.co/A3kOcpiFiL