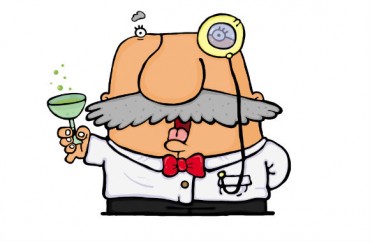 Not only are University of Missouri students spending their time protesting rather than going to class – their pricey professors at the flagship Columbia campus aren’t showing up either.

Mizzou admitted to the state’s lead budget writer, Republican state senator Kurt Schaefer, that half its tenured and tenure-track faculty subject to its minimum-teaching requirement got waivers in the past two academic years. (Perhaps because they have a slave-labor replacement ready to go at a moment’s notice?)

When including “specialty disciplines such as music and medicine” whose faculty are exempt from the workload policy, that number is still more than a third, the Columbia Daily Tribune reports.

Professors are supposed to teach “the equivalent of 15 students in two, three-credit-hour courses per semester” unless their dean or provost grants them waivers, which are mostly given to make time for “research, administrative duties and supervision of doctoral students.”

RELATED: Mizzou professor resigns after students savage him for not canceling exam

Faculty Council Chairman Ben Tractenberg – himself a waiver recipient for his law-school teaching – defends the system as money-saving because Mizzou doesn’t have to hire full-time administrators for positions where faculty do the work on a waiver, the Tribune said.

That’s more money for Mizzou, more research that’s going to help the United States, Missouri and the world, more prestige for MU, more cool stuff that this professor is learning that when she does teach she can share with her students, more opportunities for our graduate students to work on cutting-edge stuff. It’s like a win, win, win, win, win. But if all you’re focused on is how many waivers are being granted, all of a sudden it looks like a lose. Well that’s crazy.

Mizzou is under a microscope in the Missouri Legislature because of its poor ranking by the Association of American Universities.

Schaefer, the Republican budget leader, wants faculty workload to be considered “as a factor in determining whether MU is accomplishing its goal of rising” in those rankings, though faculty workload is not among eight metrics evaluated by the association, the Maneater says.

Read the Tribune and Maneater stories.

RELATED: Adjunct faculty: Forget the money, how about common decency from colleagues?