As the casual reader clicks the link to the Southern Connecticut State University story from three days ago, he gasps at the headline: “Racial Slur in Classroom Promptly Addressed.”

Alas, as the cliché goes, there’s the rest of the story:

Triffin’s Feb. 6 class began as usual, with the professor taking suggestions from the students for songs to dance to.

“Somebody played a song by Playboi Carti, that had some profanity in it,” said student Steven White, “and he was doing his thing, dancing to it.”

Along to the tune, Triffin said he indeed sang aloud, “I’m a happy n—–.”

Uh oh. No doubt you can guess what happened next:

White said he did not take lightly to this, and after a moment’s thought he said he chose not to let such a thing slip by.

“I basically told him, ‘I don’t appreciate you saying that, and please don’t say it again,’” said White. “He went on to justify why he could say it, and I took offense to that.”

Of course it didn’t suffice that Triffin explained he comes from a “blended family,” and that his relatives “ha[ve] felt racism.” His step-daughter is African-American.

White proceeded to storm out of the classroom, “yelling and cursing” at Triffin. He eventually apologized to the prof, but Triffin stood firm in his use of the term. 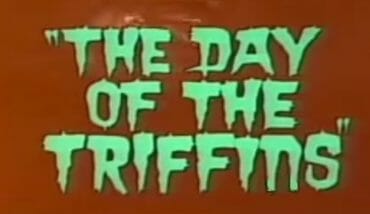 Guess how the college administration reacted? By apologizing for Triffin.

“It’s easy for me to stand here and talk about this; I’m the white man with power here,” Southern Connecticut State president Joe Bertolino said at a student meeting he organized.

“But know – I understand my privilege.”

Mercifully, some students in attendance weren’t quite as judgmental as the angry Mr. White … or Bertolino:

“Let’s be real: we use this word every day,” said Ryan Lumpkin. “Black people use the word every day.” He added Triffin should apologize for using the N-word “at an institution,” but not for using it general.

Once again we find ourselves in a conundrum because there still is no “Politically Correct Hierarchy” handbook to check in such situations. But even if there were, unfortunately for Triffin, he’d likely find himself at the very bottom of that hierarchy despite the structure of his family.

Such is the nature of contemporary academia.

Radical politically correct racialists should head on over and read Aja Isabel Johnson’s piece in the Columbia Daily Spectator. The sooner college students — and all of us — get (back) to thinking like this about our humanity, the better off we’ll all be.