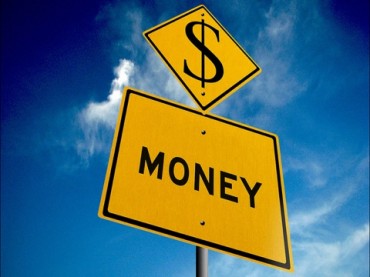 Lawrence Brown, an assistant professor at Morgan State University, tweeted some … interesting comments at the end of last month, to say the least.

Among them is the professor’s belief that “white allies” should deposit their “unearned” wealth into “Black accounts” (note the “white” with lower case “w” and “Black” with capital “B”) or should “jump between Black people and police at EVERY opportunity.”

There was also “My new criteria for white allies is gonna be: ‘How much are you using your whiteness to LITERALLY eliminate the racial wealth gap?'”

The self-described revolutionary’s Twitter feed is protected; however, a reader of the blog Weasel Zippers provided some screen caps of the prof’s controversial tweets.

White people’s wealth is apparently ‘unearned’ because it is based off a white supremacist society that steals from black people. That is why said wealth should be ‘deposited in black accounts’.

In activist parlance, ‘white allies’ are the white liberal/leftists that come out at at some of these protests. This standing with black folk is apparently in his words being given too easily, and should not be given without this cost.

Brown, who received his undergraduate degree in African-American Studies from Morehouse College, has contributed numerous articles to the site Indypendent Reader. Among them are “A Real ‘Nigga’ Show: A Black Man’s Review,” “In Charm City, Plutocratic Pimpin’ is Easy,” and two pieces examining the messages of the popular science fiction film Avatar.

Brown was quite outspoken, too, during the unrest in Baltimore following the death of Freddie Gray. He said “The narrative now is on the looting and rioting taking place. People miss the underlying structural issues that are happening everyday. I would call it structural looting in form of policy.”

Police killings of unarmed black people are part of this larger picture, he said. “And now you have this national movement, but you also have a national outrage. Seemingly every week we see a new video of an unarmed black person shot and killed by police in America. If we don’t see a video, we hear a report. In this moment of national outrage, we’re at a crescendo where folks are fed up.”

Weasel Zippers notes in an update that Professor Brown also was the recipient of a $60,000 fellowship from … George Soros.