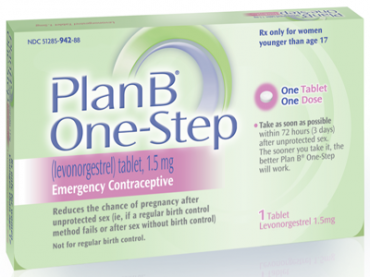 A controversial vending machine will remain—at least for the present—at Shippensburg University. The Pennsylvania school recently drew national attention for offering the emergency contraceptive Plan B through a vending machine.

According to University Spokesman Peter Gigliotti, the university has made Plan B available for the last three years, after a student survey revealed that 85 percent of the student body approved.  The school reports selling between 300 and 400 doses per year.  About 7,200 undergraduate students and 1,300 graduate students attend Shippensburg University.

Plan B is available for $25 per dose, and university officials say that the university does not profit from sales.  The vending machine also dispenses condoms, pregnancy tests, and nasal decongestants.

According to the FDA, if fertilization does occur, Plan B works by preventing a fertilized egg from attaching to the womb. Critics argue that disbursing Plan B through a vending machine trivializes a drug with life-ending potential.

Commonly referred to as the “morning after pill,” Plan B is prohibited without a prescription or parental permission for girls under seventeen.  University President William Rudd responded to concerns that underage students may use the machine.

“The machine, which vends only health-related items, is in a private room in our health center and the health center is accessible only by students 17 and older and not the public,” Rudd said. “Students proceed to a check-in desk in the lobby and after checking in using appropriate identification are granted access to the private treatment area.”

In a February 9 statement, Rudd said that the university will review the method of dispensing Plan B and continue to offer the contraceptive via vending machine during the review processes.  Further discussions will involve Food and Drug Administration officials in addition to university faculty, officials, medical staff, and students.

According to Gigliotti, university officials have not reached a final decision.

The recently publicized decision has garnered a wide range of responses.  Many students report appreciation for the privacy the vending machine allows.  Shipnewsnow.com reported a campus protest of about 20 people who object to the university’s decision to offer Plan B on the basis that the pill also acts as an abortifacent.

When questioned about the controversy, Heather Shumaker, community affairs manager for Planned Parenthood of Northeast and Mid-Pennsylvania, described this type of contraception as “basic preventative care.”

“We know that virtually all women use birth control – and the Institute of Medicine recommends that birth control be included as a preventive health care benefit, because it is fundamental to improving women’s health,” Shumaker said.  “It saves lives, helps prevent unintended pregnancies, improves outcomes for children, and reduces abortion. Planned Parenthood believes all women – including college women – should have access to affordable contraception.”

Gerard Bradley, Notre Dame law professor who specializes in constitutional law and the study of law and religion, described the university’s decision as “reprehensible even if it is not entirely surprising.”  According to Bradley, university administrators should fight the trivialization of sex by trying “to teach students about the profound meaning and beauty of the sexual act.”

“[The controversy] may be a perfect example of what the Obama administration is hoping to bring about via its own contraception mandate, namely, to make contraception a familiar piece of cultural furniture, no more remarkable but no less ubiquitous than chewing gum and bottled water,” he said.  “It is not that long ago when contraception was widely available, but considered to be a private matter, and not nearly trivial.”

Fix Contributor Claire Gillen is a senior at Notre Dame.