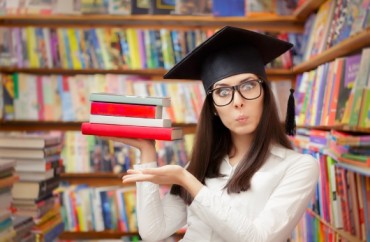 You know what the implication is when news sites like the University of North Carolina’s Daily Tar Heel put out headlines like this: “More than half of Honor Court academic cases are students of color.”

The Honor Court deals with cases like plagiarism and cheating.

By now, if you know anything about academia, “simple” explanations for a situation like this just won’t fly.

For example, Iti Madan of the Undergraduate Honor System Attorney General’s office says “students of color coming to UNC might not understand the rules as well because they have fewer resources.”

“I think that the level of preparedness for college is the main determining factor,” she added.

Faculty Council minutes posted on a UNC site state that [Honor Court Vice Chairperson Marty] Davidson said he is “concerned that there may be a lack of empathy from some faculty members and a reluctance to accept minor mistakes that students make.”

Madan also said that she has seen a number of international students involved in these academic cases. She said the reason may be because they do not know the difference between plagiarizing and writing in one’s own words because they do not have an expansive vocabulary in English.

RELATED: UNC Off The Hook In Athletics Cheating Scandal

She said she has never had a case in which the student felt they were racially profiled.

“I have full faith in the instructors and professors here at UNC that they would not see a student as lesser or less capable of doing an assignment without cheating or plagiarizing just because they are a student of color,” Madan said.

Madan added that “more needs to be done to ingrain a culture of integrity” at UNC.

Hmm, how many more resources would be required to – simply – inform students that they should not cheat?

Will any measures put in place to correct this “imbalance” be similar to those implemented for (lower ed) school discipline?

Worse yet to consider, will progressive academics utilize something like critical race theory to explain away student honor transgressions? After all, CRT views “rationality, debate and [other] traditional Western concepts” as binding minorities to “established ideologies.”

These days, it’s certainly not at all far fetched to think that some “scholar” will argue that cheating is one of those “established (Western) ideologies.”

RELATED: Students at Dartmouth suspected of cheating — in an ethics class