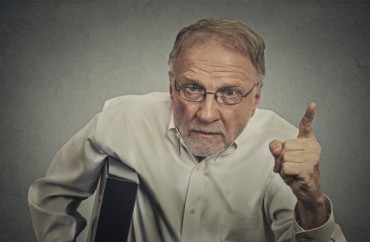 Last week, I noticed my professors at the University of Massachusetts Amherst start referring to Thanksgiving Break as “Fall Break.”

Most students are used to Christmas vacation being called “Winter Break.” And on dozens of campuses, Columbus Day is officially referred to as “Indigenous Peoples Day.”

Now, with every passing year, Thanksgiving is becoming less of a fun, unifying holiday and more of a time to reflect on the evil deeds of white America’s European ancestry.

Don’t believe me? In 2013, the Huffington Post decided to run an editorial titled “Happy National Genocide (Thanksgiving) Day!” Because, after all, celebrating Thanksgiving is like celebrating genocide. When you eat turkey with family members and discuss sports and politics, the parallels to exterminating entire races become crystal clear.

Some professors maintain Thanksgiving is a “white supremacist holiday.” A few years ago the University of Virginia held an “anti-Thanksgiving potluck.”

You may say only a handful of left-wingers (the more radical ones) believe in this rebranding of Thanksgiving, so why waste our time on it? Well, that’s always how it starts.

Five years ago, referring to illegal immigrants as “undocumented migrants” was a fringe idea for the overly sensitive. Now people consider “illegal” a slur. When the confederate flag was being taken down over the summer (something I myself even agreed with), critics of the takedown pointed out that Thomas Jefferson and George Washington owned slaves themselves, and that we would never consider something as ridiculous as taking down their symbols and statues. A few months later, Mizzou students demanded that a statue of Thomas Jefferson be removed from their campus because of slavery. Some Washington D.C. residents were even interviewed on camera recently saying they would be okay with renaming the city because George Washington owned slaves, too.

There’s a knee-jerk reaction by conservatives, libertarians and moderates to brand those who protest Thanksgiving and Columbus Day as cowards or wimps. But that’s simply incorrect.

They are not weak. They are just liars. There are few, if any humans, who are so traumatized by a bronze statue of a Founding Father or the word choice of a student in a campus newspaper editorial that they are rendered unable to leave their dormroom beds and attend a lecture.

If these leftists were really this weak, they wouldn’t be a problem because they would get nothing done and win no battles.

Rather, they are some of the most aggressive people I know. Unjustly destroying the reputations of others, taking over offices, sometimes fighting with police, and more. They simply use sympathetic feelings of others as tools to achieve their real ends – destroying Western culture and everything good or bad that goes along with it.

Until we realize this, we aren’t going to win any cultural fights.

Every change starts out small, like referring to Thanksgiving as “Fall Break.” At a minimum, the left is going to want to co-op Thanksgiving as a time to teach more about the “evils” of European colonization. A holiday dedicated to unity and thankfulness will now become a source of division and more racial resentment by highlighting a history of conflict between Europeans and Indigenous populations.

Western culture is under attack at universities across the nation. Our traditions, history and language are constantly being reassessed by our leftist betters who wish to create “safe spaces” for those “offended” by the “dominant” culture.

People must stand up and say: ‘This far and no farther.’