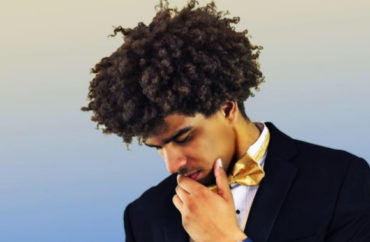 OPINION: It’s time to put an end to tribalism, drop the hyphens, and realize that we are Americans

I recently graduated with my bachelor’s degree, and I look forward to all the opportunities that await me in America, the single greatest country on Earth.

I proudly look at myself as an American and nothing more, no hyphen, no preceding identity. However, I was told during college that as a so-called student of color I had to think a certain way, vote a certain way and believe certain things about my country and its duly elected officials.

My professors fervently insisted that the United States of America is an inherently racist country and that I am one of its oppressed victims.

I, wholeheartedly, reject that fallacy.

America is predicated on the notion that all men are equally created and possess the same inalienable rights. Here, it doesn’t matter who you are, where you came from, what you believe in (or don’t believe in), or what you look like—anyone can succeed.

America is a nation in which everyone is afforded both equal opportunity and equal protection under the law.

On Columbus Day in 1915, former President Theodore Roosevelt delivered a prominent speech at Carnegie Hall. In this speech, he spoke contemptuously about “hyphenated Americanism,” or the idea that a U.S. citizen or an immigrant to the U.S. should view themselves as having more than one nationality.

Teddy Roosevelt speaks for me, yet his statue is targeted for removal and vandalism by those who act like they speak for me and countless others. They don’t.

The Black Lives Matter movement is perhaps the epitome of tribalism and is antithetical to the very basic principles this nation was founded on.

Although the term “African American” is seldom hyphenated today, BLM emphasizes the separation of the words “African” and “American.” The movement promulgates the idea that blacks will never be accepted or treated equally in American society so, instead, they must destroy the country and ruin the lives of those who support it.

The ramifications of that idiotic idea are profound and malignant. The immoral and violent actions of Black Lives Matter advocates only increase polarization in America and reinforce negative stereotypes about blacks.

BLM also promulgates racism both implicitly and explicitly. They sponsor black-only events, and push the narrative that all whites, irrespective of socioeconomic class, receive exclusive perks based on their lack of melanin—this is known as “white privilege.”

The left uses the extremely racist idea of white privilege as a way to manipulate whites. This was evident when a group of police officers and white citizens gathered to wash the feet of black protestors in Cary, North Carolina. The logic is simple: if you can get someone to think that they are better off than you, then it is their moral culpability to assist you and submit to whatever insipid demands you may have.

White privilege doesn’t exist. In reality, with affirmative action programs and such a prodigious desire for diversity and inclusion in the workplace, one could argue that a form of non-white privilege may exist.

No person, or group, in America is oppressed anymore—not blacks, not gays, not women.

Of course America’s past is not perfect, and it allowed slavery like every other nation on the planet at the time. America has atoned for its mistakes and continues to strive for perfection.

The solution to today’s racial tensions is obvious. In fact, such an answer has already been written.

In 2007, Supreme Court Chief Justice John Roberts cogently wrote the solution in the plurality opinion in the case Parents Involved in Community Schools v. Seattle School District No. 1 which, among other things, decided whether or not the use of a “racial tie-breaker” in public high school acceptance was constitutional. Roberts wrote, “The way to stop discrimination on the basis of race is to stop discriminating on the basis of race.”

In other words, don’t submit to the mob; despite what BLM proponents say, we are all equal. It’s time to put an end to tribalism, drop the hyphens, and realize that we are Americans.

And in America, all lives matter.