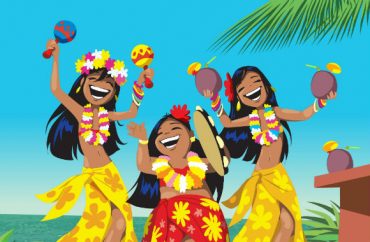 ‘There is no room for compromise’

This past weekend the Association of Native Americans at Yale criticized the dance group, known as Shaka, for “sexualizing and homogenizing Native [American] peoples, misrepresenting and erasing histories and political realities, and attempting to depoliticize inherently political culture and communities under colonial subjugation,” according to The Yale Daily News.

The Native American group also distributed a flyer stating that the members of the Polynesian dance group are “not Native Hawaiian or Polynesian” and thus cannot “‘claim to do Native cultural practice’.”

“ANAAY’s condemnation of the dance group,” The News reports, “is the latest development in a relationship between the two groups that has become increasingly fraught over the past few years. ANAAY President Alanna Pyke ’19 (Kanien’kéha) said the group has tried to meet with Shaka to voice their concerns several times over the past two years to no avail.”

Founded four years ago, Shaka identifies their styles of dance performance as Tahitian and Hawaiian. And whereas hula kahiko is a traditional style of hula, there is also hula ‘auana, a modern style of hula that developed over the course of colonial rule in Hawaii. According to their statement, Shaka performs only hula ‘auana because the group recognizes the special meaning of hula kahiko. The group also performs Ori Tahiti, a Tahitian dance, but the group said it only dances in that style to songs whose meaning it has researched or learned from instructors.

In an email to the News, Shaka said it has been working to coordinate a meeting with ANAAY since mid-October in order “to provide space for a productive discussion.” Shaka also noted in a statement responding to posts by individual members of ANAAY on Friday that its leadership has met with concerned students in the past and anticipates a meeting with ANAAY in mid-December. The group also pushed back against the argument that practicing Polynesian dance necessarily constitutes cultural appropriation.

“Anyone who is genuinely interested should be able to dance [in Shaka] so long as they are committed to respecting the cultures we share,” Shaka wrote in a statement Friday on its Facebook page.

According to The News, the Association of Native Americans at Yale believe that “not only that Shaka is appropriating Hawaiian and Polynesian culture, but also that it is misrepresenting those cultures and revitalizing harmful tropes in their performances.”

On the matter of this alleged cultural appropriation, the Native American group stated bluntly: “There is no room for compromise.”