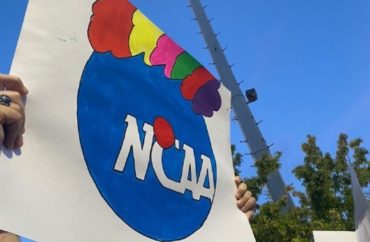 The NCAA appears to have falsely claimed that a Nebraska county health department told it to remove North Carolina State University’s baseball team from the College World Series in Omaha.

The college athletic association announced early Saturday morning that NC State would not be able to play that day after several players tested positive for COVID. The decision allowed Vanderbilt University to advance to the championship game on Monday.

“This decision was made based on the recommendation of the Championship Medical Team and the Douglas County Health Department,” the NCAA said on Saturday.

However, the Douglas County Health Department disputed that it told the NCAA to remove NC State.

“Douglas County Health Department spokesman Phil Rooney said the health department did not recommend NC State’s removal,” the Associated Press reported, “but told the NCAA the department would support whatever decision the NCAA made.”

The health department “provides assistance to the NCAA in testing and contract tracing,” Rooney said, according to an AP paraphrase of his remarks, “but is limited in mandating procedures related to COVID-19 because there is no local directed health measure in effect.”

Test results for COVID forced the team to only have 13 eligible players. “Eight total members of NC State’s traveling party had tested positive for COVID-19,” Kendall Rogers reported at D1 Baseball. That includes four players who were vaccinated — vaccinated individuals are not likely to transmit the virus to other people.

Rogers spoke to officials with NC State and the NCAA for his reporting.

“All of those unvaccinated members of the team were negative for COVID-19, including several prominent players on the roster,” D1 Baseball reported. Throughout the week several players had tested positive for COVID.

“With eight positive tests and impending contact tracing,” D1 Baseball reported, “the NCAA’s point of view was that it would be impossible for NC State to finish the tournament, while also caring about the health and safety of participants.”

Supporters of the North Carolina baseball team have asked Vanderbilt to demand a delay of the game and a reinstatement of the team.

“This petition is to ask Vanderbilt University to formally and publicly request that the NCAA delay the College World Series and allow NC State and Vanderbilt to complete their series in a safe manner,” the Change.org petition said.