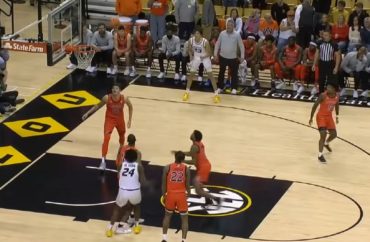 The NCAA will now consider athletes who have had a COVID infection in the past 90 days as “fully vaccinated” due to the natural immunity that someone with the virus can develop.

The new guidelines were released in January from the COVID-19 Medical Advisory Group for the college athletics association and its Sports Science Institute. The document containing the new measures makes clear that the advisory organization does not see COVID antibodies from prior infection as a substitute for vaccination.

“Importantly, while a prior infection offers some protection from future illness, sometimes called ‘natural immunity,’ the level of protection acquired from having COVID-19 may vary depending on how mild or severe the illness was,” the document says.

Other factors, according to the NCAA, can include time since the last infection.

“Accordingly, CDC recommendations provide that individuals who have a prior history of COVID-19 infection should be vaccinated following recovery from the COVID illness and satisfaction of isolation recommendation,” the document said.

The NCAA did not tell The College Fix what research it used to determine that natural immunity lasts only 90 days.

The Fix asked Brian Hainline, chief medical officer for the NCAA, for the research used to make the decision to count natural immunity for only 90 days. He did not respond to an email sent on January 25 that asked for this information. The NCAA has not returned a voicemail left with its media team either.

A paper cited by the National Institutes of Health reported strong antibody responses from a COVID infection 6 to 8 months after recovery.

“Antibodies against the spike protein of SARS-CoV-2, which the virus uses to get inside cells, were found in 98% of participants one month after symptom onset,” the summary said.

“But, promisingly, their levels remained fairly stable over time, declining only modestly at 6 to 8 months after infection,” the article said.

The NCAA relies on  its Medical Advisory Group to provide guidance. But one of those members has a history of making statements in support of ostracizing individuals who choose not to get vaccinated.

New York University ethicist Arthur Caplan declined to comment when asked if he played a role in creating the new guidelines on prior infection. The Fix specifically asked him about his comments in early January about shaming and blaming individuals who have not taken a COVID-19 vaccine if they refused to “act as a community” and get the shots.

“I’ll condemn them. I’ll shame them. I’m blame them,” he said, but said he would not “reject them.”

CNN medical guest on unvaccinated Americans: “I’ll condemn them. I’ll shame them. I’m blame them … We can penalize them more, say you will have to pay more on your hospital bill. You can’t get life insurance, disability insurance at affordable rates if you aren’t vaccinated.” pic.twitter.com/eH6fgT2B7W

“We can penalize them more, say you will have to pay more on your hospital bill,” the NYU ethicist said. “You can’t get life insurance, disability insurance at affordable rates if you aren’t vaccinated.”

“I Cant,” Caplan said in an email to The Fix when asked for comment. “Better ask brian [Hainline],” he said in another email. Hainline and Caplan both teach at NYU’s medical school.

Caplan has previously said Americans should be barred from public places if they do not get vaccinated.

He said in August that vaccine passports “preserve, nurture, and promote liberty” and it was time to “get tough on the unvaccinated.”

The Fix asked Hainline and Caplan about the future of COVID protocols too.