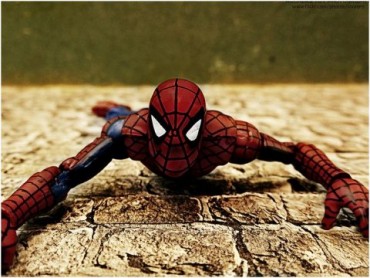 The latest Marvel comic book film, Spider-Man: Homecoming, has many fans cheering that finally — this is what a Spider-Man film should be like!

The movie has plenty for social justice warriors and committed diversophiles to celebrate: Peter Parker’s (Spidey’s alter-ego) supporting cast now is virtually all POC — people of color. For example, probably the biggest change is Mary Jane Watson (MJ). Originally a fiery ginger in the comics and portrayed by Kirsten Dunst in the original trilogy, she’s now played by Zendaya.

This does make a a lot of sense. Queens is a very different place compared to when Spidey was first introduced back in 1962.

Nevertheless, Morgan State’s Jason Johnson is unhappy. He grumbles that the film “is an utter fail for Marvel diversity”:

It’s nice that Spider-Man comes home to a nongentrified neighborhood, but the movie goes out of its way to let you know that white guys are still running things.

For the last year, producers and directors were literally doing yoga stretches to pat themselves on the back about how “diverse” the new Spider-Man would be, and how Peter Parker’s world would look like the real world. Unfortunately, Homecoming only gives you that self-congratulatory, “Hey, we put a Black History Month flyer in the break room. What else do you want?” diversity that’s become a hallmark of Hollywood in the #OscarsSoWhite era.

The professor, who seems to have a proclivity for discovering racism in even the most innocent escapist entertainment, predictably goes on to complain Marvel didn’t go the whole way with respect to diversity: Why not make Spider-Man himself a person of color?

For those unaware, there actually is a black/Latino Spider-Man in the Marvel Universe: Miles Morales (below, left). However, he’s a relatively new hero, starting out as an “alternate universe” version of the character who eventually wound up in the “mainstream” Marvel-verse through one of the company’s seemingly interminable “big events.”

Spider-Man: Homecoming can use elements from Miles’ life and even make reference to him with a huge star, but for some reason it just somehow couldn’t find a way to cast the black guy as a Spider-Man lead. It’s the movie equivalent of looking through a restaurant window and seeing the waiter gesticulate wildly that they’re closed, but you damn well see that people are still walking in and ordering food: You can serve me; you just don’t want to. 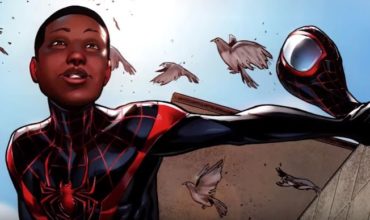 But the “element” complaint is what Marvel films have been doing since the beginning. The Avengers films are not based as much on the original team created in 1963 as their alternate universe counterpart the Ultimates from 2000. The first film expertly wove in elements of both, however, as Thor nemesis Loki was the very first villain the original team faced, while the alien Chitauri were the Ultimates’ primary baddie.

As for Johnson’s other point, out-of-the-blue SJW moments like when Michelle (MJ) didn’t want to go up the Washington Monument (in SM: Homecoming) because it was built by slaves would seem to contradict his analogy.

I certainly hope that little SM: Homecoming nugget doesn’t foreshadow the future direction of Marvel films, one which would coincide more with the contemporary comics. If so, the film universe likely will follow the comic book universe into tanking sales figures in part due to product like this.

Overall, the bottom line is just that — the Marvel film universe, at least up to this point, has been a money machine. Despite occasional politically correct antics like the Washington Monument scene and the social media ravings of Avengers writer/director Joss Whedon, Marvel/Disney thus far has avoided devolving into a SJW sewer.

After all, what sense would it make from a cash standpoint to create a Spider-Man “reboot” film whose protagonist is a black-Hispanic dude that’s only been around for a few years? How much of the potential audience would say “Who??” and skip the movie?

It’s highly likely Miles Morales and other minority/female characters eventually will show up in future films. (Already on Marvel’s docket are Black Panther and Captain Marvel, to name but two.) As it always has, capitalism is first and foremost in big film studios’ noggins, and as such — at least for the nonce — pandering to the whims of the SJW set remains a low priority concern.

MORE: Sorry, but Marvel’s ‘diversity’ is exactly like that found on college campuses: superficial