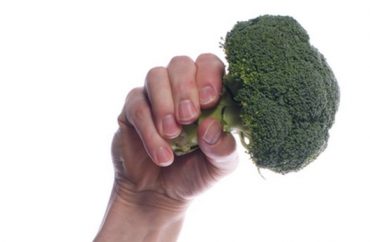 A new course at Cal State Fullerton aims to bring students’ attention to the “key social inequalities” involved in the production and consumption of food in the modern world.

“The Social Life of Food” is taught by sociology associate professor Dr. Dana Collins, whose primary areas of expertise include gender/sexualities/queer studies; critical globalizations, post-colonial theory and development, transnational feminist activism, and urban communities, according to her faculty bio.

In an email interview with The College Fix, Collins stated that the course’s objectives are three-fold: to help students “bring their sociological curiosity to food;” to allow them to “understand how all food has a social life, which includes its production within a global food system that rests upon and reproduces global social inequalities;” and to motivate them to “learn about, imagine, and act upon the possibilities of food justice!”

To that end, she said, students will “watch exciting food documentaries, learn from people actively engaged with food justice in the L.A. region, and complete exciting assignments like observing farmer’s markets and food production businesses, interviewing food workers, and writing a recipe that is decolonized.”

According to the syllabus, which was obtained by The College Fix, required texts include Stolen Harvest: The Hijacking of the Global Food Supply and Harvesting Justice: Transforming Food, Land, and Agricultural Systems in the Americas.

The final assignment asks students either to choose and analyze a “build strategy” from an apparently anti-Donald Trump website or to write an individual research paper on a particular food, “analyzing its history, transformation through global capitalist production, its environmental costs, and the racialized-gender work that is part of its production.”

The anti-Donald Trump website, www.ungovernable2017.com, appears to be an online hub for “resistance” to Trump’s election and administration, and includes a pledge “to create a resistance movement that makes Trump unable to govern…We refuse to give hatred…a chance to roll back civil and human rights.”

In addition, the site asserts that “the United States has always been a problematic project,” and that three quarters of the state governments are controlled by “neo-Confederates” who are ushering in a “wanton reintroduction of white supremacy, right wing sic populism and fascism, and state sanctioned sic patriarchy.”

The “build strategies” from which students may choose their final projects fall under the umbrella of the organization’s broader “Build and Fight; Fight and Build” resistance program, and include the construction of workers’ cooperatives, people’s assemblies, and community energy networks.

“The Social Life of Food” is not the university’s only course on “food justice,” a concept which, according to Collins, “implies a consciousness that people’s access to food is always mitigated through political and economic relations that create the conditions of inequitable distributions and unhealthy foods,” and “aims to change those inequitable relations of food production and exchange by challenging conditions of environmental racism … [and] redistributing the power around food production and exchange.”

In the past, courses on food justice have been offered in several departments, including African American Studies, American Studies, and Anthropology; furthermore, there is now a food studies minor available through the Department of Liberal and Environmental Studies.

Professor Collins reported that “The Social Life of Food” has enrolled its maximum number of students (47) for this, its first semester, and that she is working to make it a permanent part of the university’s repertoire.