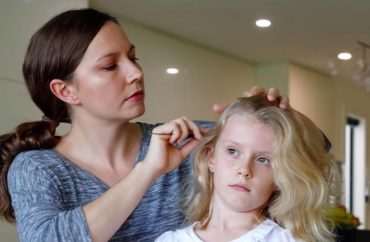 New guidelines from the American Academy of Pediatrics say schools should not send children home if their heads are infested with lice.

The AAP protocols note children who have lice are “neither a health hazard” not necessarily practicing “poor hygiene.”

Of concern to the AAP is the alleged shame children would face if they’re sent home due to lice, KATV.com reports. “Sending [children] home due to head lice can result in ‘phycological stress’ [sic] and ‘significant stigma.'”

Indeed, the AAP pointed to one study which determined only about four percent of infested persons’ pillowcases showed evidence of live lice.

Not allowing a student who still has lice to return to school also “may violate [their] civil liberties.”

“No healthy child or adolescent should be excluded from school or allowed to miss school time because of head lice or nits,” the AAP says in the new guidance. “Medical providers should educate school communities that no-nit policies for return to school should be abandoned, because such policies would have negative consequences for children’s or adolescents’ academic progress, may violate their civil rights, and stigmatize head lice as a public health hazard.”

While the AAP has several recommended treatments for head lice, including topical ointments and battery-powered “louse combs,” it very much does not want parents to shave their child’s head.

The AAP noted lice screening programs in schools “are costly” and haven’t shown much effectiveness. “Nits very often don’t translate to crawling lice, and keeping a child out of school can be a burden for both the child and the parents,” it said.

A 2006 study determined that “4-8 million” students had been “treated unnecessarily” for lice and removed from school settings.

MORE: Professor quits researching COVID because of hostility over his findings about low threat to children