As reported by The College Fix, last week a student “meeting” with school president George Bridges quickly turned into a profanity-laced fiasco with Bridges being told, among other things, to “shut the f*** up” and that he had the “f***ing nerve to, like, f***ing dehumanize (something).”

Despite the mind-boggling degree of disrespect displayed by the activists, perhaps the most bizarre occurrence that took place is when President Bridges is instructed by students to put his hands down while speaking because it is “inappropriate” (to quote a voice heard in the video).

A student even comes up to him to show him what he should do (with students in the background laughing hysterically the whole time):

Notice Bridges isn’t pointing at anyone, or even just up in the air. He merely has his hands clasped together at his mid-section while talking.

This “rule” must apply only to (white) administrators. Students/activists appear to be exempt: 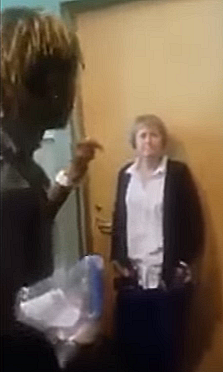 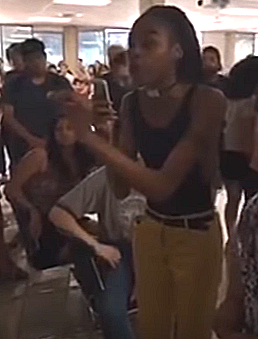 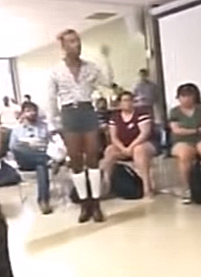 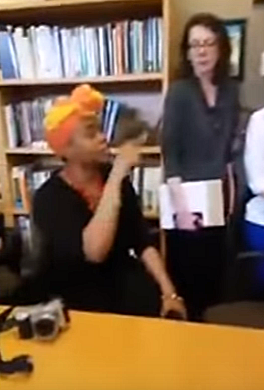 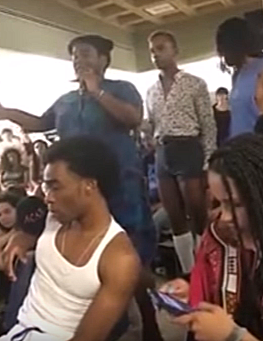 The above are from the much shorter Evergreen “highlight” video. The longer version (over an hour in length) features many more instances … such as this (text added): 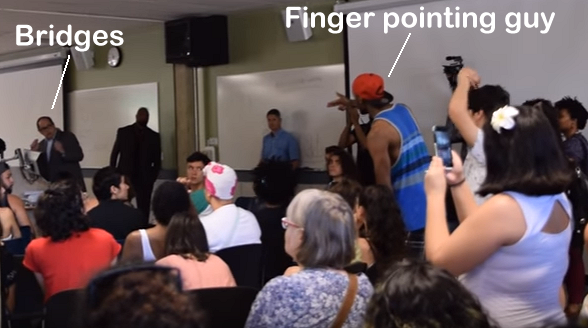 Keep your peepers peeled, for as The Fix’s Daniel Payne writes today, the “campus insanity will get worse before it gets better.”