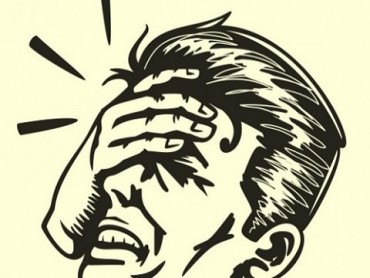 Despite the fact that the evidence has proven the story of a racial attack told by three black female students from SUNY-Albany to be untrue, supporters of the trio continue to believe the tale as originally put forth.

There are those too, who, while receptive to the evidence against the girls, seek to “explain” the incident.

The New York Times’ Vivian Yee, for example, writes that the “solidarity” of support for the women has “fractured,” putting colleagues “on the defensive.”

“Behind the rush to declare the matter a hoax, [supporters] say, is an ingrained prejudice against taking the concerns of minority women seriously,” she writes.

“Delight”? If anything, it is merely (another) confirmation of the skepticism conservatives often exhibit in cases like this. Particularly, conservatives are suspicious because they know how university-based progressives function.

Sami Schalk, an assistant professor in the university’s English department, who has devoted class time since the bus episode to talking through the implications with her students, said she was concerned that the women’s detractors had failed to consider the prejudice and “racialized language” the young women may have encountered on campus or before the bus ride that could have played a role in provoking the fight.

Whatever the outcome of the criminal cases, Professor Schalk said, the events had already served a useful purpose: making white students aware of the subtle slights that students of color regularly encounter.

So, because the women may have faced some boorish remarks prior to boarding the bus, this exculpates them from consequences for beating on some fellow passengers?

Here we see the typical invocation of the “teachable moment” — despite the facts, there is an underlying “message” or “purpose” to the whole affair. In this case, it’s racial microaggressions.

Then there are the instances where “nothing” was resolved … or a college administration wouldn’t reveal any details:

Harvard Law School: Officials could not determine who was responsible for putting black tape over the portraits of black law professors. Nevertheless, “racism” was the culprit.

Duke University: Officials refused to divulge any information — not even the race — of the student responsible for hanging a noose on campus. Regardless, the school held a town hall to discuss “how [lynching] history can inform future dialogues about race on campus.”

Oberlin College: After someone spotted a “KKK figure” near the African Heritage House, the college cancelled classes and held discussion groups “to help students cope with the disturbing report.” But no photos or videos, even in this age of smartphone technology, ever came forth of the “figure.”

Lastly, Yee notes what Lauren Hospedales, a freshman at SUNY-Albany, said of Asha Burwell (one of the three who made the false bus attack claim): “It’s disappointing and saddening that somebody who seemed to be trying to help the movement would be the one to set it back.”

BUT — Hospedales adds: “We needed her to get that conversation started, so it wasn’t a waste of time.”

And there you have it.

RELATED: Fake hate: SUNY students who alleged racial attack are instead charged themselves