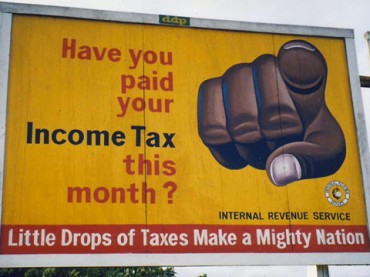 Economists at the University of Pennsylvania and University of Bonn argue that the United States would be better off if well-heeled citizens paid the kind of high tax rates not seen since the Eisenhower administration.

According to a working paper by Bonn’s Fabian Kindermann and Penn’s Dirk Krueger published by the National Bureau of Economic Research, going back to the 1950s’ top marginal tax rate of 91 percent could be the elixir to cure the income inequality bug. Krueger told the Huffington Post a rate “between 85 and 90 percent” makes everybody better off, including people in the 1 percent.

“High marginal tax rates provide social insurance against not making it into the 1 percent,” Krueger said. The Huffington Post said they would primarily fall upon “celebrities, sports stars, and entrepreneurs — people with innate talents that are hugely rewarding, but only for a short period of time.”

If marginal rates are ratcheted sky-high for top earners and low for everyone else, then there is a better than average chance that a typical American will pay very low tax rates, according to Krueger.

Data from a Treasury Department study spanning 1975 to 2005, however, show that the movement between low- and high-income brackets is more complicated than Krueger suggests.

The Treasury study found that taxpayers who were in the bottom 20 percent in income in 1996 increased their income by 91 percent by 2005, and those in the top 1 percent saw their wealth decline.

Krueger and Kindermann’s working paper also contends that everybody would be better off if the top marginal tax rate which stands at 36 percent, were increased nearly three-foldn people earning more than $250,000.

Other economists told The College Fix that Krueger and Kindermann’s recommendations would disincentivize entrepreneurism. Steve Horwitz, chair of the economics department at St. Lawrence University, said in an email that raising marginal rates would spur entrepreneurs and business owners to move their money elsewhere.

“At marginal rates that high, the wealthy will find whatever ways they can to hide their income or take advantage of every loophole they can. They may also move operations overseas to try to avoid those rates,” Horwitz told the Fix.

Horwitz said it’s funny that “progressives” in economic departments “are in favor of increasing the tax on carbon so people will produce less of it, yet cannot see that increasing taxes on income would also cause people to produce less income.

“Incentives either work or they don’t. You can’t pick and choose,” Horwitz said.

“When government increases taxes on capital gains, fewer people invest in a country and total tax revenue goes down,” Edward Stringham, an economist at Fayetteville State University, said in an interview.

Stringham pointed to wealthy “individuals like French actor Gerard Depardieu and supermodel Laetitia Casta giving up their French citizenship to move to countries with lower taxes.”

The modern regulatory system is far more exotic and burdensome now than it was in the 1950s, Dan Mitchell, an economist and Cato Institute senior fellow, said in an interview.

It was easier for the wealthy to hide their money away in the 1950s under a 91 percent marginal tax rate because the tax system was less complicated, Mitchell said.

“The key thing to understand is that politicians can impose high tax rates, but they can’t force people to earn and report taxable income,” Mitchell said, and “confiscatory” rates would “significantly undermine growth” and harm the poor.

A Congressional Research Service report released this year echoes Mitchell, showing that the effective tax rate – “the rate applied to the last dollar of labor income” – for the rich was low in the Eisenhower era despite the high marginal rate.

The Tax Foundation, a nonpartisan think tank in Washington, D.C., found in a July study that an 80 percent marginal rate would cause the economy to contract by 3.5 percent and lead to 2.1 million fewer jobs in the economy.

The after-tax incomes of lower-income Americans would crater by 17 percent if higher marginal tax rates were ratcheted skyward, that study found.

In the end, Horwitz of St. Lawrence said, it is not at all clear that high marginal rates would actually lower inequality. And even if it did reduce “inequality, it might do so by making everyone poorer, just the rich ‘more’ poorer.”