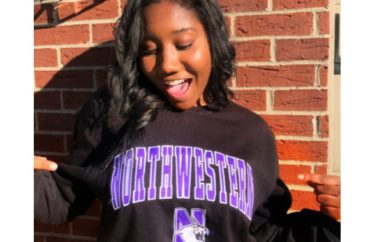 The student paper said she died from ‘pneumonia complications’

A 19-year-old Northwestern University student died on June 11, two months after she received her first dose of the Moderna COVID-19 vaccine and a month after receiving the second dose.

While her doctors have not fully confirmed the cause of her death, it appears that Simone Scott (right) suffered from myocarditis, an inflammation of the heart muscles. Northwestern Memorial Hospital’s doctors were able to obtain a new heart for Scott, but that lasted less than one week.

“She passed away due to pneumonia-related issues, and was surrounded by her parents,” the campus paper said.

The Northwestern journalism student “suffered a case of apparent myocarditis-induced heart failure on Sunday, May 16,” former New York Times reporter Alex Berenson said, in a thread posted on June 14. It appears that Berenson spoke to the parents of Scott.

19-year-old Simone Scott was excited to get her second dose of @moderna_tx’s #Covid vaccine on May 1.

Now her mother Valerie Kraimer is arranging her funeral. pic.twitter.com/BOAwSynrFz

“Doctors appear to have repeatedly missed signals as Simone’s condition worsened in the two weeks following her second shot – before she abruptly crashed,” Berenson said. His thread goes further into details on the timeline.

Scott received the vaccine on her own accord — but her university does now have a mandate that students receive it before returning to campus.

While the Centers for Disease Control and Prevention previously downplayed the risks of myocarditis from the COVID vaccine, it’s now begun to look into the reports further.

Reports of heart inflammation post-vaccination in younger people began to appear in May.

“Connecticut has seen at least 18 cases of people age 16 to 34 who developed an inflamed heart muscle,” the CT Post reported.

Northwestern Hospital has not reported the incident to the CDC’s Vaccine Adverse Event Reporting System yet.