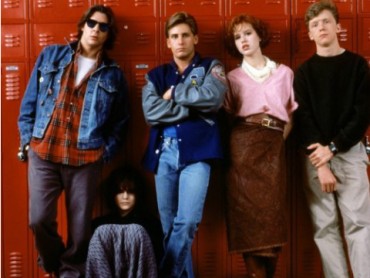 A ragtag group of students – not unlike those portrayed in The Breakfast Club – are making sobering demands of UCLA.

In a laughably serious letter to the editor of the Daily Bruin, nine freshmen and a doctoral candidate scolded Chancellor Gene Block for not lassoing blacks, whites, Hispanics, Asians and every other ethnic group on campus and making them share awkward conversations together.

It’s deeply racist to let people choose their own friends, they wrote.

As first-years enrolled in a seminar analyzing interracial dynamics in America, it has come to our attention that the historical issues we are studying are still prevalent in today’s society, especially at UCLA.

Obviously, then, these children are experts who can correctly diagnose what plagues UCLA:

Yet, when we look at a typical day on Bruin Walk, we see students mingling within their own separate ethnic groups, indifferent to the ambush of flyers advocating for other issues that don’t pertain to them. When entering any lecture hall, segregated diversity immediately becomes apparent when we see students socializing only with those of similar backgrounds. The same can be seen in dining halls and many other social settings. The indifference toward this problem has for too long been cultivated and encouraged on this campus. …

If commitment to diversity is truly “a part of UCLA’s DNA,” as you once stated, then why is UCLA infested with the problem of self-selected segregation? And how do we expect our student body to “find ways to work together and drive the conversation in productive ways,” as you say in your letter, if the university is unwilling to initiate the same?

It’s not enough that UCLA has groveled to convince students it believes nothing in life is more important than skin color and genetic background, taking measures such as the new diversity graduation requirement, they say.

The only solution is… more talking!

We are asking you to spearhead a town hall meeting, to occur in fall quarter of 2015, to explicitly address and discuss the racism and lack of diversity on our campus. We plead for you to bring this urgent matter to the attention of all students and faculty members. We demand that you, as our chancellor, lead by example.

So get on that task of socially re-engineering millennia of cultural divides, chancellor!

RELATED: Dear campus leaders, please stop telling me who I should hang out with